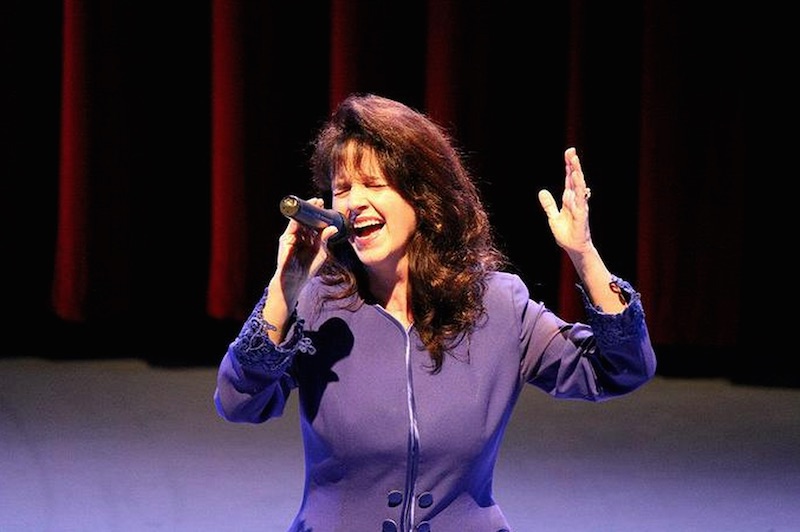 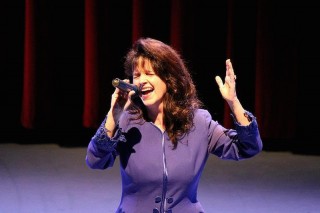 In preparation for her second Bluegrass project, Tammy Jones Robinette has signed with Rural Rhythm Records.

The deal comes on the heels of Tammy’s first Bluegrass release last year. Produced by Mark Fain (versatile bass player and longtime band member of Ricky Skaggs’ Kentucky Thunder), Let it Shine was warmly embraced by both Bluegrass and Gospel critics, earning three entries for consideration in the initial nomination process by the IBMA.

Despite her new arrival to Bluegrass, Tammy Jones Robinette is definitely not new to the world of music, having already built an incredibly successful career as a top Southern Gospel artist and songwriter. Last year, she celebrated two back to back #1s and was named “Favourite Female Vocalist” at the 2015 Gospel Music Fan Awards. (To read more about her work in Southern Gospel, click HERE.)

Raised in Middlesboro, KY, smack dab in the middle of the Bible and Bluegrass belt, Tammy’s love for Bluegrass was nurtured right along with her faith. Her father played mandolin and was a huge Bluegrass fan. During her formative years, her home was filled with the music of artists like Bill Monroe, Lester Flatts & Earl Scruggs and Jim & Jesse, which had a huge influence on her music.

Like all true Creatives, Tammy Jones Robinette has learned to trust her muse and fearlessly follows where it leads. Throughout the years, her love for Bluegrass was calling, but it wasn’t until recently that her muse finally demanded she honor these roots.

Rather than viewing it as a risk to her already successful career, Tammy Jones Robinette sees it as not only an opportunity to spread her wings as an artist, but to introduce her legions of fans to Bluegrass.

“Because of my raising, Gospel and Bluegrass music have always kind of gone together…sort of like peanut butter and jelly,” laughs Tammy. “Separate from one another, they are quite wonderful on their own, but together, mmmm…they can be supremely delicious!” she explains. “When I started looking at it, I realized there were many Bluegrass artists that perform Gospel music, but relatively few Gospel artists that have done the reverse, so I decided to trust my instincts and go for it. I’m so glad I did.”

With that initial validation, Tammy Jones Robinette is now more confident than ever and currently putting the finishing touches on her second Bluegrass album, this time with the support of powerhouse Bluegrass label Rural Rhythm Records. Once again, she has partnered with Mark Fain to produce the upcoming project and has assembled a collection of superstar pickers for support: Mark Fain on bass, Aubrey Haynie on fiddle, Ron Block on banjo, Seth Taylor on rhythm guitar, Rob Ickes on dobro and the legendary Sam Bush on mandolin. Steve Gulley, The Whites, Jimmy Fortune and Dale Ann Bradley will provide supporting vocals. The album is due out this fall.

“We were contacted a little too late to get involved with Tammy’s first Bluegrass project, but we were really impressed with Tammy, her music and love for Bluegrass music, not to mention the high caliber of musicians she surrounded herself with, both in the studio and on the road,” stated Sam Passamano, President of Rural Rhythm Records. “Tammy brings her powerful alto voice to Bluegrass, which is a unique quality that sets her apart in the genre. We are so excited about the alliance that has been brought together on both the music and business side to accomplish Tammy’s goal to make new Bluegrass fans and share her love of Bluegrass music to others.”