Tammy Jones Robinette and the Drive 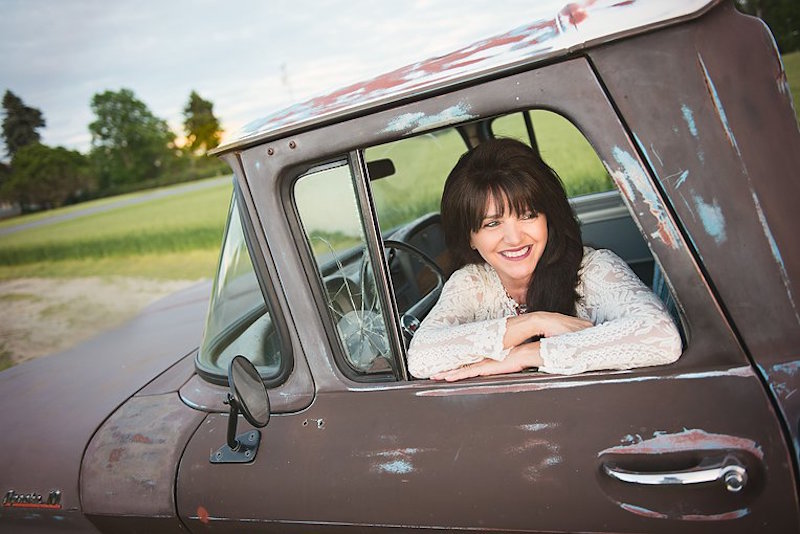 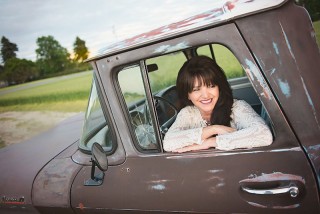 Tammy Jones Robinette & The Drive have released a lyric video for their second single, “I Think I’ll Let You Drive.” Produced by Sammy3 Productions of the Passamano Brothers, the video is a complementary companion of Robinette’s second single (distributed to radio last week), and the follow-up single to “To Be a Kid Again,” which reached #6 on Bluegrass Today’s Weekly Airplay Chart/Top-20 on the monthly chart, from the 12-track, self-titled album Tammy Jones Robinette & The Drive on Rural Rhythm Records.

Written by Steve Gulley, the mid-tempo song features the commanding alto of Robinette, with Gulley and Grammy-nominee Dale Ann Bradley on backing vocals. It also features a heavy fiddle intro and outro by Aubrey Haynie, as well as the mandolin-stylings of Sam Bush and resonator work of Grammy-nominee Rob Ickes. The single is available for download on ITunes, Amazon and in stores where fine Bluegrass and Gospel music is sold. Radio programmers can download the song on Airplay Direct by clicking here. For more information of Tammy Jones Robinette & The Drive, please visit TammyJonesRobinetteandTheDrive.com.

While Tammy Jones Robinette may be a new name to many bluegrass fans, she is not new to the world of music, having already built a strong following and reputation as one of the top artists and songwriters in the Southern Gospel arena. Despite her success, Tammy felt compelled to honor her Kentucky roots and hopes that her fan base will follow and develop a mutual love for the music of her upbringing.

What People Are Saying:

Tammy Jones Robinette brings a refreshing new sound to the Bluegrass domain. There is great emotion in her voice. You can tell she isn’t just standing in front of a studio mic and singing (so many artists fall into that trap). Instead, she is really projecting the emotion behind ‘I Think I’ll Let You Drive,’ written by Steve Gulley. I think Tammy does a tremendous job and through it isn’t what I would call a traditional sound, it isn’t supposed to be. Instead, it’s a sweet departure with great appeal — Bob Cherry, Cybergrass.

Tammy’s new single, ‘I Think I”ll Just Let You Drive’ is turbocharged in every category: musicianship, arrangement, vocals. Love it! She knows how to get us there with her inspired tune. Let ‘The Drive’ be an enjoyable one. It definitely is with Tammy at your wheel – Gracie Muldoon, WorldWide Bluegrass.

Tammy’s Bluegrass and Southern Gospel roots are evident in a spirited rendition of ‘I Think I’ll Let You Drive.’ It’ll get your toes tapping — Bob Mitchell, Best of Bluegrass

I’m not always sure whether a bluegrass gospel song is sung out of actual religious conviction – as listener all I care about is whether the band manages to carry the song -but in Robinette’s case, there is no question. She is possessed of an alto voice used to sterling effect. Much of the charm of this album is in its natural, unapologetic honesty, its willingness to evoke raw feelings, and its ability to find beauty and hope even in the hardest of circumstances. You don’t hear that much anymore. Let’s hope we hear a whole lot more of the bluegrass Tammy Jones Robinette — Jerome Clark, Rambles.net.

Rural Rhythm Records:
In 1955, Uncle Jim O’Neal started Rural Rhythm with a few dollars and lot of dreams. He knew he couldn’t produce all the bluegrass & old-time country records, so as he used to say he just “made the best of it”. Over the years, Rural Rhythm has produced and distributed hundreds of classic performances by many of the legends and pioneers of Bluegrass and old-time Country Music such as Mac Wiseman, Don Reno, Red Smiley, Hylo Brown, Vassar Clements, Jim Eanes, Bill Harrell, Curly Fox, J.E. Mainer, Raymond Fairchild, Dale Potter, Tater Tate and more. Rural Rhythm has put a lot of dedication into preserving the works of traditional Bluegrass and old-time Country Music throughout the 50’s, 60’s & early 70’s, now cataloged as Sound Traditions and Power Picks.