Take Me Back – Carolina Blue 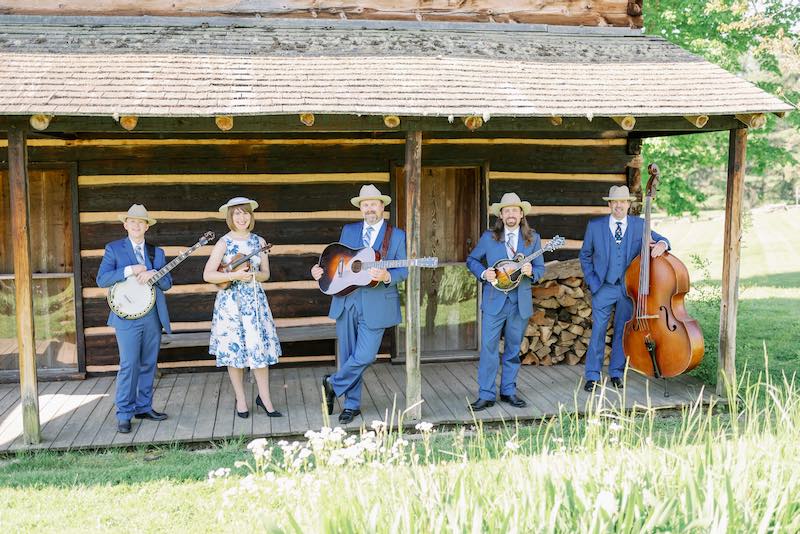 Billy Blue Records has announced the release of Take Me Back, the label debut from Carolina Blue, winners of the 2020 SPBGMA (Society for the Preservation of Bluegrass Music of America) Entertainers of The Year award.

With this follow-up to their highly successful 2018 project, I Hear Bluegrass Calling Me, the North Carolina based band is already having huge success with the first single from the new album. Grown Cold debuted at #3 on the Bluegrass Today singles chart, and includes an entertaining lyric video.

From the infectious up-tempo Grown Cold to the beautifully plaintive ballad Blue Grass, Take Me Back is packed with twelve new songs – eight of which were contributed by co-founders Timmy Jones and Bobby Powell.

This album was so much fun to create. We are proud that it is full of our original songs, which has become sort of our trademark, and the material we chose from outside writers is top notch. I think the rest of the guys (and gal!) did some of the best playing and singing that they’ve ever done on this project. Special thanks to Jerry Salley and the great team at Billy Blue Records for their outstanding effort as well. I hope the listeners will enjoy this record for a long, long time – Bobby Powell. 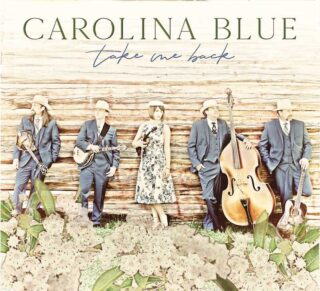 In addition to Timmy Jones on mandolin and vocals and Bobby Powell on guitar and vocals, the band consists of Aynsley Porchak on fiddle – a former Canadian and American Grand Masters Fiddle Champion and winner of IBMA’s 2018 Momentum Award, James McDowell on banjo and Reese Combs on bass and vocals.

Take Me Back will be available on 7th August, 2020 on Billy Blue Records.

Formed in 2007, Carolina Blue lays claim to a Top 5 Billboard album multiple charting songs later, three International Bluegrass Music Association (IBMA) award nominations and being named Entertainer of the Year by the Society for the Preservation of Bluegrass Music of America (SPBGMA) along with winning the coveted Bluegrass Band of the Year, Vocal Group of the Year and Album of the Year honors, also from SPBGMA.

The band presents bluegrass music like Bill Monroe intended, without being a Bill Monroe cover band. The sound is marked by heavy fiddle and mandolin work and complex harmony from a group that enjoys sincere engagement with fans. Band members include Bobby Powell on guitar and vocals, Timmy Jones on mandolin and vocals, James McDowell on banjo and vocals, Reese Combs on upright bass and vocals and Aynsley Porchak on fiddle, recipient of the 2018 IBMA Momentum Instrumentalist Award. Bobby Powell says “We are on the same page when it comes to music and lifestyle. We’re not a partying band. We’re all conservative Christians and we reflect that as a band, too.”

The band’s attire is a throwback to the 1940s and 50s. That periodic style of dress was influenced by two of Bobby and Tim’s North Carolina mentors – Roy Chapman and Joe Byers. “They taught us to try to dress better than the folks who are paying money to see us play,” Powell says. “They told us to respect our audience.” Carolina Blue records for Billy Blue Records with their new album, Take Me Back, due for release August 7, 2020.