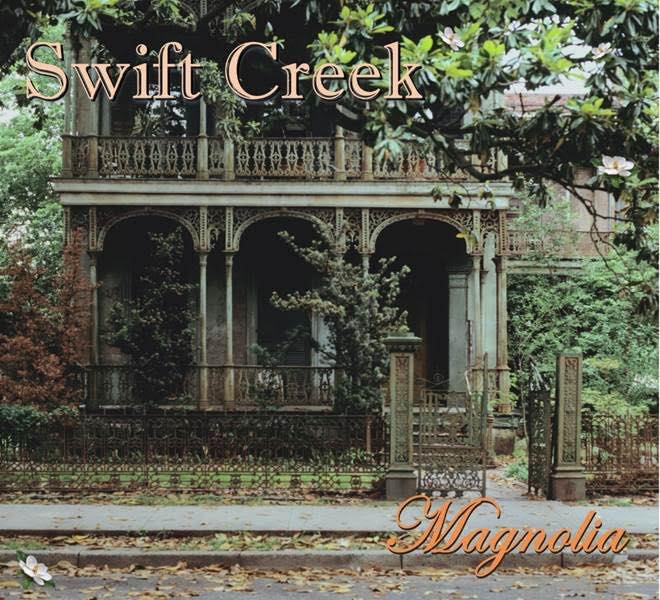 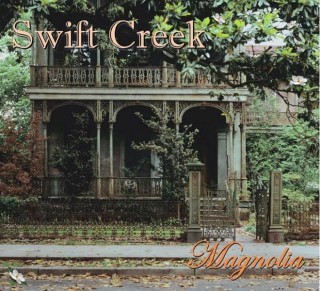 Central North Carolina band, Swift Creek is set to release their new album Magnolia, a collection of original Bluegrass and Americana music.  The album, due for release on 8th April, consists of original tunes penned primarily by band member, Kevin Brown. The album was produced and recorded at the Rubber Room in Chapel Hill, NC by acclaimed producer and musician, Jerry Brown.

The album is available to radio from Airplay Direct. Fans can obtain Swift Creek’s music from the band website and online retailers, like iTunes. Magnolia includes two songs that have been shared via video.

“Rattle Them Bones,” (see video below) written by Kevin Brown, is a bluesy, mysterious tune that takes us to old New Orleans. Both music and subject matter summon up images of graveyards, dark closets, eerie midnights and “things unseen and things unknown.” The video shows the band having a blast at the Rubber Room while recording the song.

“Bluegrass Hurricane” is an uptempo walk through the history of bluegrass, touching on founding fathers Bill Monroe and Earl Scruggs, and seminal events in bluegrass history (The Bristol Sessions, the 1970’s “Will The Circle Be Unbroken” project, “Oh Brother, Where Art Thou”). Brown was inspired by the real hurricane that threatened last year’s World of Bluegrass in Raleigh. An instrumental highlight is stunning triple fiddles by Swift Creek’s Stephen Fraleigh.

World of Bluegrass began with the threat of Hurricane Joaquin off the coast, and lots of consternation about whether it would make landfall and wash out the entire WOB weekend. That potential outcome inspired a plethora of #bluegrasshurricane tweets. Fortunately, Joaquin stayed well offshore, but an unrelated weather pattern brought torrential rains to the Carolinas which forced all of the scheduled events into the Raleigh Convention Center. Despite the obstacles, World of Bluegrass 2015 was a rousing success, and I came away with the inspiration for a song – Kevin Brown.

Magnolia includes some very impressive covers, and even a parody. The album wraps with “Ashes of Love” and a delightful old-time radio feel.

The band plans a hometown CD Release Show and Party for the day after release, on Saturday, April 9 and Kings, a popular downtown Raleigh concert venue. Advance tickets for the seated show are available for $8 at MagnoliaTickets. Doors open at 7:30; the show begins at 8pm. All of the band members reside in the Raleigh and Cary areas.

Swift Creek is Kevin Brown on guitar, Casey Elder on mandolin and Dobro, Stephen Fraleigh on fiddle and banjo, Dennis Hoyle on bass and Ann Searcy ‘s vocals. Brown is the prolific songwriter behind much of Swift Creek’s music.