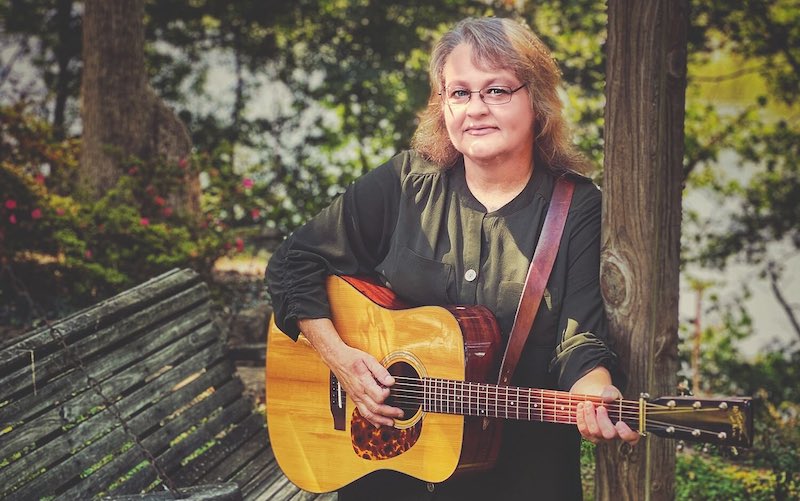 The hopeful tune Sun’s Gonna Shine, also features fellow Kentucky native JP Pennington, who is a member of the Country music supergroup Exile. The feel-good track is the latest release from Dale Ann’s next full-length album, Kentucky For Me, set for release later this year.

Fans can download and/or stream the new single hereThe hopeful tune Sun’s Gonna Shine, also features fellow Kentucky native JP Pennington, who is a member of the Country music supergroup Exile. The feel-good track is the latest release from Dale Ann’s next full-length album, Kentucky For Me, set for release later this year.

This song is so full of hope, and how hope can help us recover from life’s storms. Recording this with JP Pennington, the song’s writer, was one of the absolute joys of my musical times – Dale Ann Bradley. 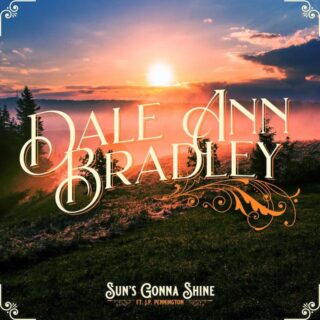 Sun’s Gonna Shine, was written by Pennington alongside Amanda Martin. Each singer’s voices come together to deliver an anthem that is both inspiring and stays true to Dale Ann’s signature style which has captivated audiences over the years. It has a hard-driving instrumentation with an impressive list of musicians performing, including JP Pennington on vocals and guitar; Michael Cleveland on fiddle; Alison Brown on banjo; Tony Wray on mandolin; Ethan Burkhardt on bass and Kim Fox singing harmony vocals, who all join Dale Ann. It’s the follow-up to the lead single, One By One which features reigning IBMA Male Vocalist of the Year Danny Paisley. It’s a song that pays homage to the original artists who recorded it, Kitty Wells and Red Foley.

What can fans expect from the upcoming album? Dale Ann is dedicating the release to the great state of Kentucky. Born and raised in the Bluegrass state, that upbringing has always played a role in the singer/songwriter’s musical journey. In a way, she’s returning to where it all started after she burst onto the national scene with the release of her debut solo album East Kentucky Morning. On the next record listeners can expect to hear songs that are either about the state, or feature fellow Kentuckians.

Stay tuned for more information to come on Dale Ann’s next record which will feature the new single, Sun’s Gonna Shine. It’s currently set for release this fall (2022), but there will be plenty of surprises in-store before! Learn more by visiting the website.

Dale Ann Bradley has always expressed in her recordings the boundlessness of bluegrass music and its musicians and vocalists by incorporating songs from all styles into her shows and albums. The success of her formula is undeniable, as evidenced by two Grammy nominations, an induction into the Kentucky Hall of Fame, and six IBMA Awards for Best Female Vocalist. ”Bluegrass can go anywhere, do anything, rip your heart out and make you laugh,” she says.

With her upbringing- much like that of her music heroes, it is no small wonder that when listening to her one is struck by the overwhelming nod to days past. Her home in the coal fields of Appalachia had no running water or “safe” electricity until she was a senior in high school. “One light socket and an extension cord kept a 1950’s “Philco” refrigerator, box fan, and radio going. Looking back now I know how dangerous that was.”

Along with living in an extremely rural atmosphere, there were heavy religious restrictions as well. Her father worked hard in construction, coal mining as well as a minister in the Primitive Baptist tradition.

No musical instruments were permitted in the heavily restrictive Primitive Baptist services nor was there a musical staff to be found in the churches. The congregations sang from a little hymnal called The Globle in a style very similar to Ralph Stanley’s a cappella spirituals.

It was also nearly impossible to get recorded music. A great uncle who had left Kentucky and did well in Detroit bought her an 8-track tape player as well as tapes from her favorite entertainers. She was around fourteen when she received her first guitar. “It was a little plywood, small body guitar, but it had six strings and I made a pick from a milk jug. Drove everybody crazy.”

It was her junior year in high school when a new band director came to her school. Band director Mearl Risner and his late wife Alpha sang weekly during the summers at Pine Mountain State Park in Pineville, KY and invited Dale Ann to perform with them. This band configuration became the “Backporch Grass.”

Back Porch Grass would allow her to start her musical journey. They obtained regular regional gigs and recorded a couple of 45 singles Through the band, she met her future collaborators the New Coon Creek Girls as well as Harold McGeorge, whose help brought her to the door of Kentucky’s famous Renfro Valley, home of her first extensive entertainment contract.