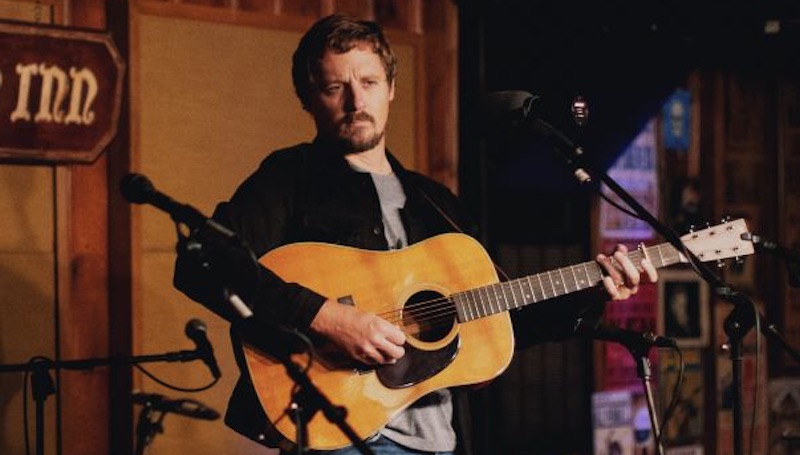 Sturgill Simpson reunites with an A Team of acoustic musicians, now dubbed The Hillbilly Avengers, for his second album release in two months. Cuttin’ Grass, Volume 1: The Butcher Shoppe Sessions, released in October, saw the acclaimed singer-songwriter revisiting and reinterpreting his catalogue in the style he first pursued when he moved to Nashville in 2005;

…the most sublime and delightful music he’s yet made on record – Uproxx.

Going back into the studio so quickly didn’t mean simply repeating a formula. On Volume 2, we recorded everything I was too afraid to do on Volume 1, For that one, everything was more conventional bluegrass,sort of straight down the middle. But as a benefit of the musicians all getting to know each other and feeling more comfortable, we took more chances and felt more like a band. That gave me the confidence to come in with songs that I was a little more worried how they would translate to bluegrass—but weirdly, it just underscored that, in the end, I guess I’m just a bluegrass songwriter – Sturgill Simpson. 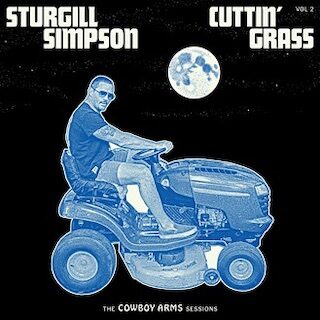 The twelve songs on the follow-up volume focus heavily on Simpson’s 2016 album A Sailor’s Guide to Earth, which won the Grammy Award for Best Country Album and was nominated for Album of the Year; half of the new tracks are taken from that groundbreaking record, which was conceived as an offering from Simpson to his newborn son. The other selections, including three songs from his 2013 debut, High Top Mountain, and one from his first band, Sunday Valley, continue in this more intimate vein, largely focused on family history and relationships.

As unexpected as it may seem, the Cuttin’ Grass series is just the latest installment in Simpson’s iconoclastic, genre-defying career path: his 2019 album Sound & Fury is currently nominated for a Grammy in the Best Rock Album category, making him the first artist ever to win the Country Album award and compete for Rock Album. As Simpson continues to explore different musical directions, the biggest surprise on The Cowboy Arms Sessions is certainly the closer, Hobo Cartoon, a new song he co-wrote with the late, Merle Haggard.

Merle and I got to know each other in the last two years of his life. He would call a lot, we’d talk on the phone. When he got sick, he was still writing songs, even in his hospital bed. This just popped up one day in the in box. He sent me these lyrics in a text and he said ‘From one railroad man to another.’ After four or five years, it was time to cowboy up and give this thing a go. So I finished writing the song, and it just felt weird to imagine it with some big eight-piece band. Merle loved bluegrass, so it felt like a proper homage, really exposed and stripped down to the root of something. Maybe I’ll recut it with a hard country band one day, but it just seemed like a beautiful way to end this chapter – Sturgill Simpson.

The Cuttin’ Grass project got its start after Simpson fell sick with the Coronavirus early in 2020 and had to cancel his touring plans. Stuck at home recovering, he challenged his fans to raise money for charity, promising them a live show and then a new album if they hit various milestones. When their donations blew past those numbers, he performed a livestream concert from the Ryman Auditorium. To make good on the offer of a new recording, he returned to the music that was introduced to him as a child by his grandfather.

Over the summer, producer David Ferguson chased down some of the best bluegrass players in Nashville, and they knocked out the first Cuttin’ Grass album in a few days. But when the reviews of the album came in, they reminded Simpson that he had actually told his fans he would deliver two albums before the end of 2020. “

The initial plan was to record everything from my first three albums,” he says. “But then reading that the expectation was that another one was coming, I thought I better get back in the studio.If it was going to happen sooner or later, it might as well be sooner so that I can move on to actually working on a next real album – Sturgill Simpson.

This time, they convened at the legendary Cowboy Jack Clement’s Cowboy Arms Hotel and Recording Spa, where the likes of Johnny Cash, Kris Kristofferson, and Waylon Jennings worked and played. They cranked out four songs a day, culminating in the blistering version of Call to Arms that opens the album.

Everybody knows their job, so we kept it moving without second-guessing or overthinking. No matter how smooth the sessions, though, it’s always a challenging process for a songwriter to dig back into his own work. Studying these songs, I was able to really see my growth in writing songs and learning to tell stories better. Hearing them stripped down, really raw and exposed, the stories stand out even more than they did on the actual albums. On a lot of them, there wasn’t really any fat to cut out or really change, and the ones I did approach thinking how can we do this different, just didn’t work. So it made me feel a lot better and more confident in myself as a songwriter, and made me realize wherein lies the challenge moving forward and how to break out of the structures and find new ways to do things – Sturgill Simpson.