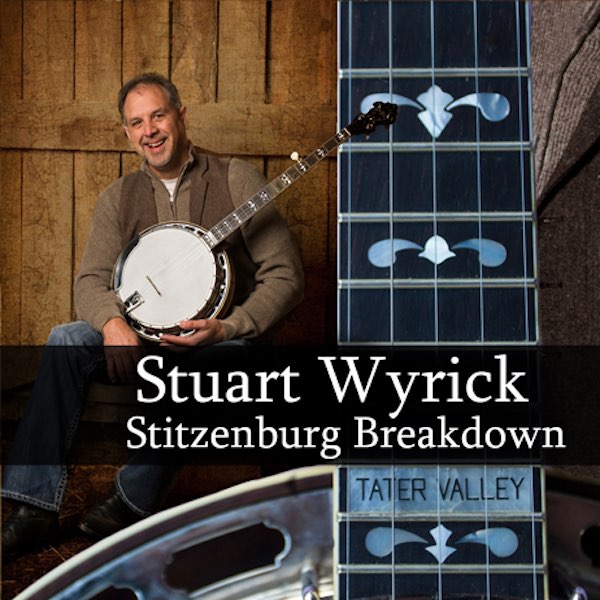 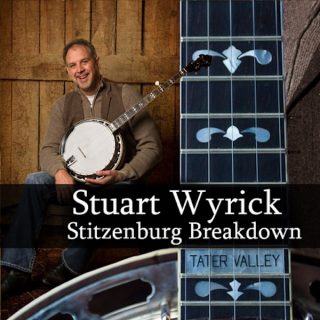 While on tour in Ireland, I heard another fellow banjo player, Jurgen Biller from Stuttgart, Germany perform this instrumental at the Ulster American Folk Park, Omagh. It has a Scruggs sound to it and it caught my attention. It displays an up tempo, yet traditional sound – Stuart Wyrick.

Wyrick’s new single “Stitzenburg Breakdown”, from his upcoming album East Tennessee Sunrise to be released late summer, has been received very positively by Bluegrass radio. The single was produced by Steve Gulley & Stuart Wyrick and recorded at The Curve, Cumberland Gap, TN.

Stuart and I met many years ago pickin’ around East TN. I’m glad everyone is finding out what I’ve known all along! Stuart Wyrick is “One Fine Musician” and his version of the Stitzenburg Breakdown proves he can lay the thumb to the 5 string banjo – Larry Carter, Bluegrass for Breakfast, WCXZ – 740am

Stitzenburg Breakdown is available for D.J. downloads on AirPlay Direct and is available on the current Rural Rhythm Records Fresh Cuts and Key Tracks – 2016.

In addition, last week Flashback announced the addition of Wyrick to the group on banjo. The band is a reunion band including Richard Bennett on guitar, Don Rigsby on mandolin, Curt Chapman on bass, and Phil Leadbetter on reso-guitar who worked with J.D. Crowe & The New South in the mid-1990s. They have taken their new band name from the title of the album they released with Crowe in 1995. Flashback’s single “Foxhounds and Fiddles” is currently #1 on the Bluegrass Today Weekly Airplay Chart.

All the guys are so happy to have Stuart onboard. Stuart is a longtime follower of J.D Crowe, and his banjo playing. When we started looking for the right banjo player, we all agreed that it was important to bring someone in that had played and studied Crowe’s music. Not someone just to play the songs, but someone who was familiar with J.D’s approach. I met Stuart nearly 40 years ago. He was ‘ate up’ with Crowe’s music just like the rest of us back then – so many of the little licks, fill-ins, and inflections that so many banjo players don’t catch unless you have really studied the music. Stuart brings a lot to the band. We took our time to hire the right person, and I think you will agree when you hear the band in concert  – Phil Leadbetter.

Wyrick is no stranger to Bluegrass music. In 2013 Wyrick started playing banjo in the Dale Ann Bradley Band and stayed busy performing with the award winning artist nationally and internationally and especially enjoyed performing at the Grand Ole Opry. Before joining the Dale Ann Bradley Band, Wyrick was also a member of the popular Bluegrass group Brand New Strings who recorded two albums for Rural Rhythm Records and released several successful singles. The group caught the attention of the label when Brand New Strings won the SPBGMA International Band contest award in 2009. Prior to that, Stuart was a founding member of the Bluegrass Gospel group New Road who recorded six albums and the Better Way Quartet who recorded four albums and his first group The Tater Valley Boys.

Stuart’s love for the banjo materialised in the 70’s when his dad took him to see an Osborne Brothers concert at the WNOX auditorium in Knoxville, Tennessee. Soon after that he began buying bluegrass records with money he saved from working in tobacco and hauling hay, developing his banjo style by drawing from the sounds of Flatt and Scruggs, JD Crowe and theOsborne Brothers.