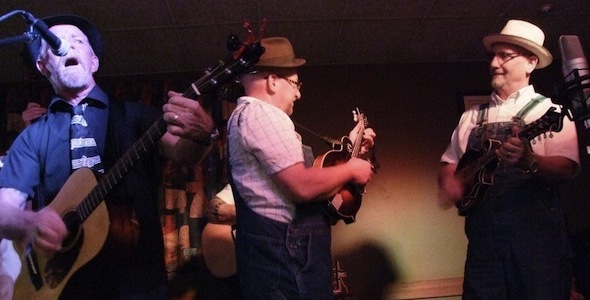 The Strzelecki Stringbusters have been to be invited to support world-renowned mandolin musician Mike Compton, at performance at the Northcote Social Club, next Tuesday night, 19th March.

Mike is best known for his performance in the movie and soundtrack of “Oh Brother, Where Art Thou?”, the hit movie featuring George Clooney. Mike is returning to Australia from the USA after only being here in November last year, and refers to Australia as his “second home”.

Mike Compton’s critics write: “Whether playing with The Nashville Bluegrass Band, Helen Highwater Stringband, The Jumpsteady Boys, in duet with guitar virtuoso David Grier or old-time banjoist and songwriter Joe Newberry, or as a solo performer, Mike shines with his brilliant playing and humble respect for the music.”

Check out the Northcote Social Club website for details.