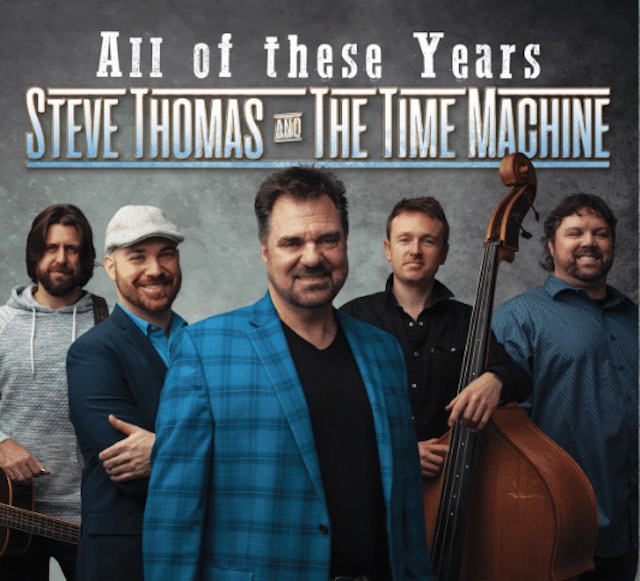 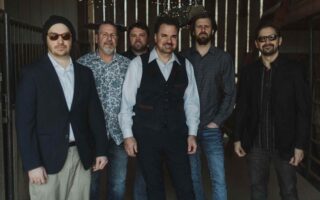 Steve Thomas & The Time Machine has released the next official single from the band’s latest project, All Of These Years. The track Lucky Man will serve as the follow-up to the band’s lead singles. Released via Bonfire Music Group, the song was written by David Lee and Dave Turnbull, and features an inspiring message.

Fans can download and stream Lucky Man along with the full record here.

This to me is the ultimate feel-good song because it’s based in reality, It points out the things we all deal with in life, such as our job or health issues, but the key to happiness is counting your blessings. This song has something in it for everyone, something we can all relate to. Kudos to the writers of this song for its outstanding melody and content. I’m blessed to be able to record it. I hope everyone will enjoy Lucky Man – Steve Thomas.

Even before its official release, Lucky Man has already struck a chord with fans. To date, the track has spent multiple weeks in the Top Ten of Bluegrass Today’s Weekly Airplay Chart. With its relatable message about family and life, the track picks right back up where lead singles Down In The Wildwood and All of These Years left off. One unprecedented week in June even saw the Bluegrass hitmaker score three songs in the Top Ten on the same chart.

Since getting his start in 1982 playing with Del McCoury’s band, Thomas quickly became one of the most in-demand musicians in Nashville, performing alongside the likes of Aaron Tippin, Barbara Mandrell, Kenny Chesney, Brooks and Dunn, John Michael Montgomery, Lorrie Morgan and more. Along the way, he has gained the respect of the top performers in the industry, being nominated for multiple CMA Awards, along with a Grammy nod (with The Whites in 1989). Other industry elites taking note include Marty Raybon, who says “I have always been a Steve Thomas fan. Smoking.” Larry Cordle agrees, stating “Great song, great players, infectious groove… all the elements necessary for a big ‘ol hit if you ask me.”

Fans can learn more about Steve Thomas & the Time Machine by visiting their official website.