Steve Thomas – All These Years 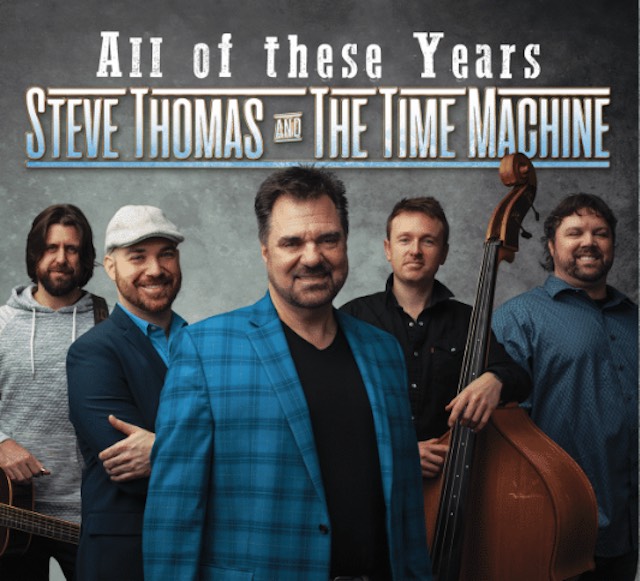 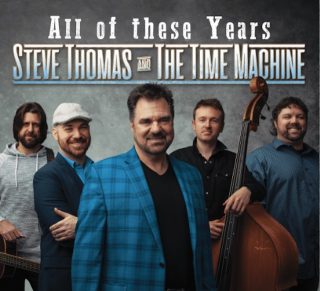 Grammy-Nominee Steve Thomas and The Time Machine to release a new single All of These Years featuring Del McCoury.

Grammy-nominee Steve Thomas is about to release his upcoming album All of These Years. The collection will be released via Bonfire Music Group on 24th April 2020, and includes 12 new recordings. To celebrate the announcement of the full record, Thomas has just released the title-cut from the project featuring tenor vocals from Bluegrass legend Del McCoury, which is available for download and streaming now.

Fans can also pre-order the record here, where they’ll instantly receive two tracks from the project.

This record represents my 38 years as a professional musician. All the influences and some of the styles of music that I like to play. Of course it’s rooted in Bluegrass, but also has the elements of blues and country. Very excited to be working with the team at Bonfire Music Group. I hope you will enjoy the work of all the musicians, writers and engineers that came together to make this project happen – Steve Thomas.

All of These Years was written by Jason Cope and Wesley Bayliss of The Steel Woods. It features Thomas and the band’s unique take on the song, which is transformed as an outlaw anthem to a hard-hitting Bluegrass/Americana version that is sure to get listeners attention. The track’s message was so powerful that it was later chosen as the title for the group’s upcoming debut album. Other standout tracks on the project include the must-hear ballad Since Love Came Around, which Thomas penned in addition to three other tracks. They also tackle genre favorites like Bill Monroe’s Rocky Road Blues, plus a unique take on Flatt & Scruggs’ We’ll Meet Again Sweetheart which serves as the closing cut on All of These Years.

Music fans got the first taste of new music in the form of the lead single, Down In The Wildwood. The song features Thomas’ band The Time Machine all performing in a style similar to the legendary Del McCoury. To date, it has turned many heads within the Bluegrass / Americana community, already reaching a peak of No. 2 on the Bluegrass Today Weekly Airplay Chart, where it continues to build momentum. Steve Thomas and The Time Machine also took fans for a ride in their fun-filled official music video for the song.

Since getting his start in 1982 playing with Del McCoury’s band, Thomas quickly became one of the most in-demand musicians in Nashville, performing alongside the likes of Aaron Tippin, Barbara Mandrell, Kenny Chesney, Brooks and Dunn, John Michael Montgomery, Lorrie Morgan, the Whites and more. Along the way, he has gained the respect of the top performers in the industry, being nominated for multiple CMA awards, along with a Grammy nod (with the Osborne Brothers in 1990).

Fans can keep up with all things Steve Thomas and The Time Machine by checking out the band’s official website. On that site you can find latest news stories, upcoming tour dates, purchase a physical copy of the album and more.

Track Listing All of These Years: