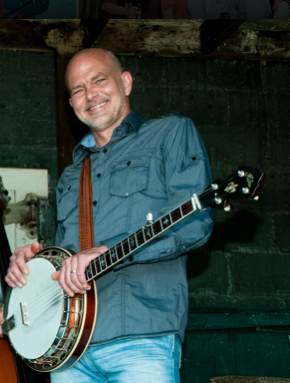 Banjo player and sometimes actor and comedian Steve Martin has announced that Lonesome River Band’s Sammy Shelor is the second winner of the Steve Martin Prize for Excellence in Banjo and Bluegrass, which comes with $50,000 payment courtesy of Steve Martin as well as a bronze sculpture created by the artist Eric Fischl.

In a telephone interview with the New York Times, Steve Martin said that Sammy Shelor did not really need further recognition from his musical peers with several IBMA nominations and awards under his belt.

The first winner of this award was Noam Pikelny, whom Steve Martin describes as a little more of an avant-garde player, with jazz influences, although he came from a bluegrass background. Sammy Shelor background is more traditional, influenced by the early pioneer, Earl Scruggs.

Nominees for the Steve Martin Prize are chosen by a board that includes Mr. Martin, Earl Scruggs, Pete Wernick, Tony Trischka and Béla Fleck along with others. The panel had reduced the potential winners down to five or six very worthy names. They then reduced the list down to two or three final candidates with the final choice Sammy Shelor chosen by unanimous vote.

Sammy Shelor and the Lonesome River Band will perform with Steve Martin on Late Show With David Letterman on 3rd Nov, 2011.