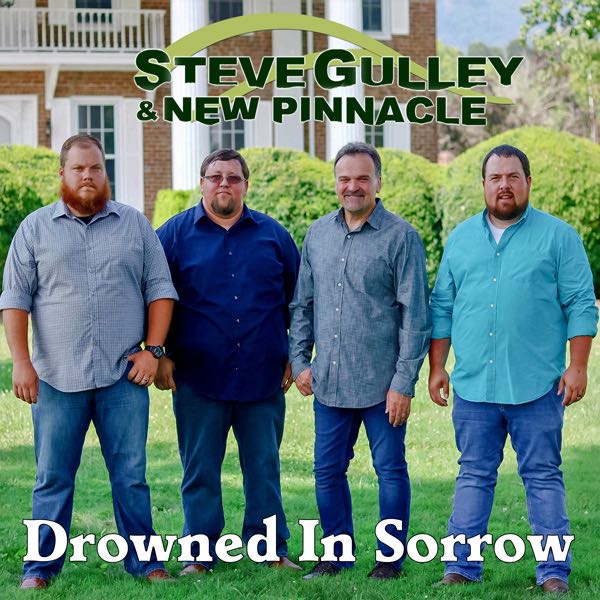 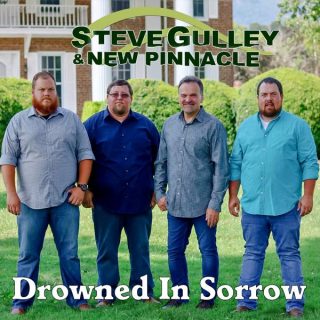 During one of our writing sessions, my buddy, Tim Stafford, and I were going through song ideas and subject matter, as is usually the case. Tim had the title, Drowned In Sorrow, written in his notes and it instantly stuck. Before we even wrote any of the initial lyrics, we agreed that the hook line felt like a straight ahead bluegrass tune. The finished product came together just as we heard in the beginning. I think it’s a classic, up-tempo, traditional sounding song with an awesome intensity all its own. It’s going to be one that’s a lot of fun to play and sing every night – Steve Gulley.

The up-tempo and hard-drivin’ Drowned In Sorrow has the same signature sound and feel as the lead singles from Steve Gulley And New Pinnacles previous albums both containing #1 singles, Leaving CrazyTown and Aim High, on the Bluegrass Today Weekly Airplay Chart.

Steve Gulley and New Pinnacle are currently on tour. For more information go to Steve Gully’s Website. The single is available for DJ downloads on AirPlay Direct.

The Gulley family name enjoys a rich musical heritage that reaches across generations with strong roots in Bluegrass and Mountain Gospel music. It starts with long time radio personality n’s son, Steve Gulley, has carried on the family tradition performing for many years with Doyle Lawson & Quicksilver, as a founding member of Bluegrass super groups Mountain Heart and Grasstowne, as a regular featured performer at Renfro Valley and with Steve’s longtime friend and colleague Dale Ann Bradley.

Steve Gulley & New Pinnacle includes; Steve Gulley on guitar and  vocals, Bryan Turner on bass and vocals, Gary Robinson, Jr. on mandolin and Matthew Cruby on banjo and vocals. Steve Gulley certainly does not need any introduction to the Bluegrass community with accomplishments that include 16 years as a featured performer, staff musician, music director, studio manager and producer at Renfro Valley, KY. From 1994-96 Steve was a member of Doyle Lawson & Quicksilver and a founding member of Mountain Heart (’98 – ’06), Grasstowne (’06 – ’11) and with longtime friend Dale Ann Bradley through 2014. Steve is a winner of 4 IBMA Awards including Co-writer of the 2008 Song Of The Year, “Through The Window Of A Train”, by Blue Highway and SPBGMA Multi award winner including 2008 Album Of The Year, “The Road Headin’ Home”, by Grasstowne.

Rural Rhythm Records and Steve Gulley have enjoyed a long and successful friendship and business relationship for many years yielding three Steve Gulley solo albums and eight Steve Gulley artist produced albums since 2010 beginning with the release of “Dogwood Winter” by Steve Gulley and Tim Stafford.