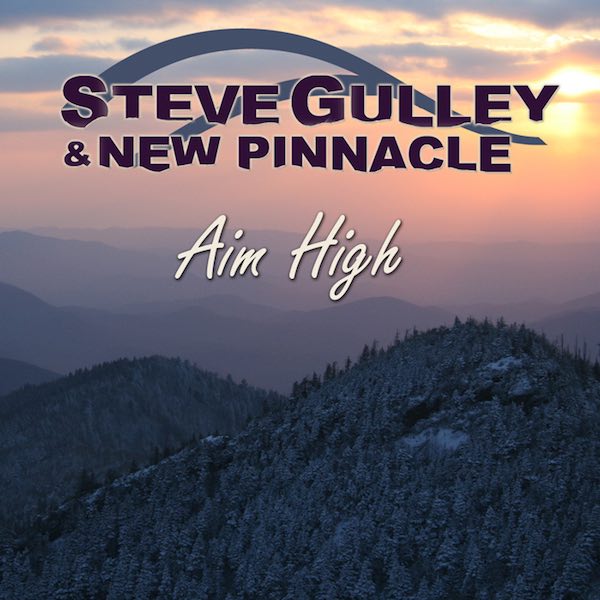 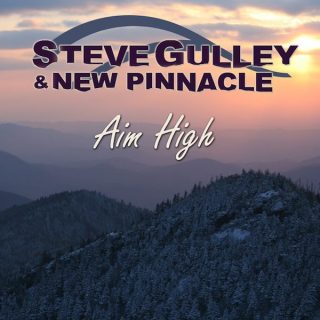 Rural Rhythm Records had announced the release of “Aim High”, the new album by Steve Gulley & New Pinnacle. The album is available from the 8th July.

Steve Gulley & New Pinnacle have been busy since the launch of their self-titled debut album a little more than a year ago. The group received standing ovations for both their IBMA and SPBGMA Official Showcase performances and has charted 5 songs from their debut album with several songs still on the charts.

Congratulations Steve on your latest #1. You Aimed High” with this one and nailed it – Terry Herd, Bluegrass Today / Bluegrass Radio Network

With the success of our debut project, the guys and I knew the expectations would be even higher for our sophomore recording. With that in mind, we went about the business of writing and finding the very best songs we could with an even stronger intensity. We hand-picked songs from within the band and from some of the greatest songwriters our music has to offer. That being said, I couldn’t be happier with the new music we’ve created on “Aim High”. I am so proud of our debut album and see it as laying the foundation for our music and sound but, as is always the case, once you have a strong foundation; it’s time to start building on that. I really feel like we’ve done that with the new recording, while staying true to our band’s original sound. I’m so excited to share this, the next chapter, with everyone  – Steve Gulley.

D.J.’s can now download “Aim High” on AirPlay Direct and CD promos now arriving at Bluegrass radio stations. In addition, the album is available now for pre-orders on iTunes, Amazon and all other digital and online sources.

Steve Gulley & New Pinnacle is now touring the US in support of their debut album. Go to the band’s web site at www.stevegulley.com for a complete listing of tour dates.

Steve Gulley & New Pinnacle includes; Steve Gulley (guitar, vocals), Bryan Turner (bass, vocals), Gary Robinson, Jr. (mandolin) and Matthew Cruby (banjo, vocals). Steve Gulley certainly does not need any introduction to the Bluegrass community with accomplishments that include 16 years as a featured performer, staff musician, music director, studio manager and producer at Renfro Valley, KY. From 1994-96 Steve was a member of Doyle Lawson & Quicksilver and a founding member of Mountain Heart (’98 – ’06), Grasstowne (’06 – ’11) and with longtime friend Dale Ann Bradley through 2014. Steve is a winner of 4 IBMA Awards including Co-writer of the 2008 Song Of The Year, “Through The Window Of A Train”, by Blue Highway and SPBGMA Multi award winner including 2008 Album Of The Year, “The Road Headin’ Home”, by Grasstowne.