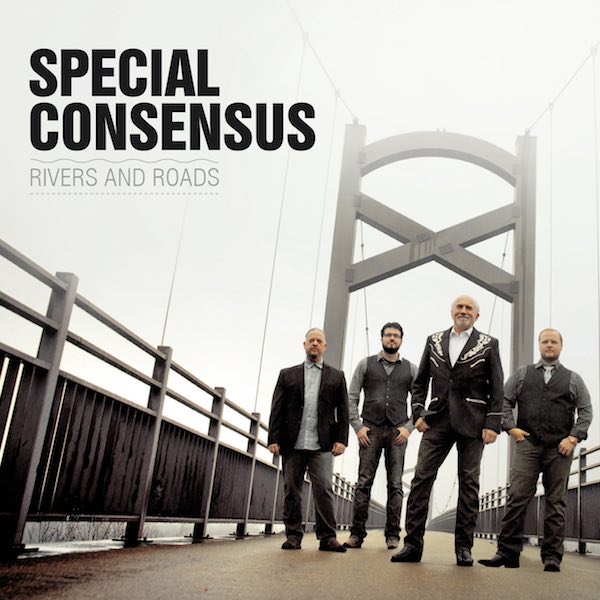 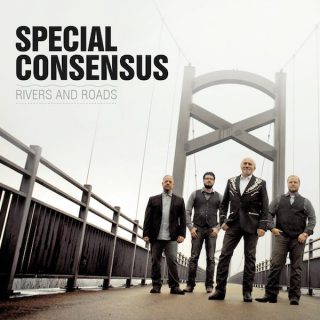 Special Consensus shines on a well-curated set of bluegrass songs.

The core band consists of of Greg Cahill on banjo, Rick Faris on guitar, Nick Dumas on mandolin and Dan Eubanks on bass. The band has never sounded better and shows the depth of their vocal and instrumental mastery on the album’s lead-off track Way Down the River Road, a John Hartford original, augmented by the dancing feet of former John Hartford Stringband member Mark Schatz.

Watch a clip of Mark’s fantastic footwork in the Compass Sound Studio below.

Other stand out tracks include She Took the Tennessee River, a song destined to become a bluegrass classic, co-written by Jon Weisberger and Becky Buller who contributes a blistering fiddle solo and featuring the inimitable Bobby Osborne on lead and harmony vocals. On Hurting Sure, written by Mark Simos, the band enlists the talents of label mate Molly Tuttle on lead and harmony vocals as well as a clawhammer banjo part that dovetails elegantly with Greg Cahill’s Scruggs-style banjo. 10 String Symphony and the album’s producer Alison Brown join the quartet on a virtuosic arrangement of the old-time instrumental Squirrel Hunters. Thanks to the magic of modern recording technology, John Hartford also contributes a fiddle part and introduction to the track.

Over the past 40+ years, the members of veteran bluegrass outfit Special Consensus have served as evangelists for the genre, bringing their own mid-western spin on bluegrass to audiences around the globe. Their commitment and talents have been recognized with a Grammy nomination and three IBMA Awards including Instrumental Recorded Performance for “Fireball” from their 2016 release Long I Ride.

Rivers and Roads will be released on March 30th, 2018 on Compass Records and feature the following tracks: