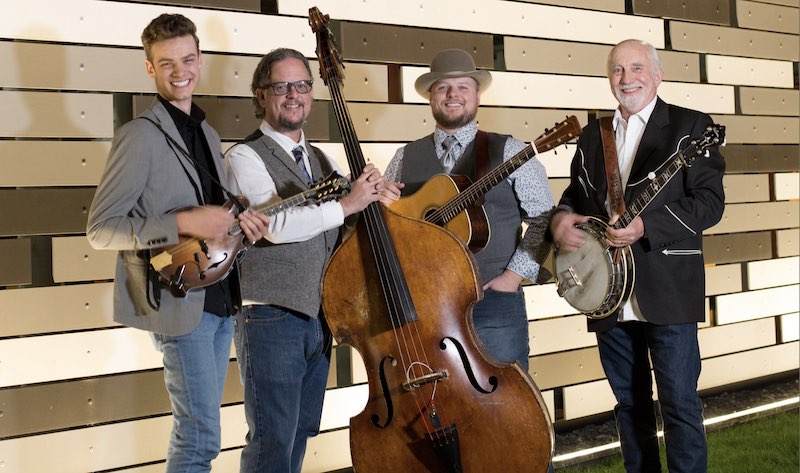 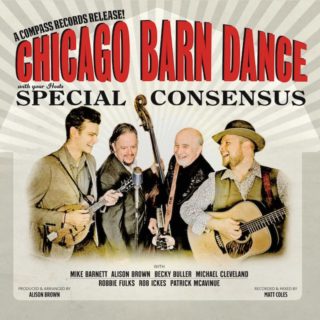 On the heels of their Grammy nominated, IBMA “Album of the Year” winner Rivers and Roads, Special Consensus celebrates their 45th anniversary with the release of Chicago Barn Dance, out today on Compass Records.

The new project is a love note of sorts to Chicago, hometown of the band’s founder and banjo player, Greg Cahill.

Chicago Barn Dance not only establishes Special Consensus as one of Chicago’s most prized musical treasures but also draws the connection between Chicago and the evolution of early country and bluegrass music. Chicago’s WLS-AM National Barn Dance, from its heyday in the 1920s through the 1940s, regularly featured such artists as Hank Williams, Bill and Charlie Monroe, Patsy Montana and Lulu Belle and Scotty and provided a sense of connection and comfort to the many Southerners who migrated from the Appalachian states in search of work, including the father of bluegrass music, Bill Monroe. Now, 45 years into their journey, Special Consensus continues to celebrate the nexus between the Windy City and bluegrass music with this spirited tribute to their hometown.

My Kind of Town is a creative re-imagining of the Sinatra classic into a bluegrass instrumental featuring the twin banjos of Greg Cahill and Alison Brown alongside the twin fiddles of Mike Barnett and Pat Pat McAvinue. Guitarist and lead vocalist Rick Faris shines on Lake Shore Drive, a grassy cover of the ’70s pop hit from beloved Chicago band Aliotta Haynes Jeremiah, as well as their arrangement of The City of New Orleans where Faris, along with bandmates Nate Burie (mandolin) and Dan Eubanks (bass) provides lead vocals. Another stand-out track includes their rendition of the John Fogerty classic Looking out my Back Door featuring a wonderful Dobro performance from Compass labelmate Rob Ickes.