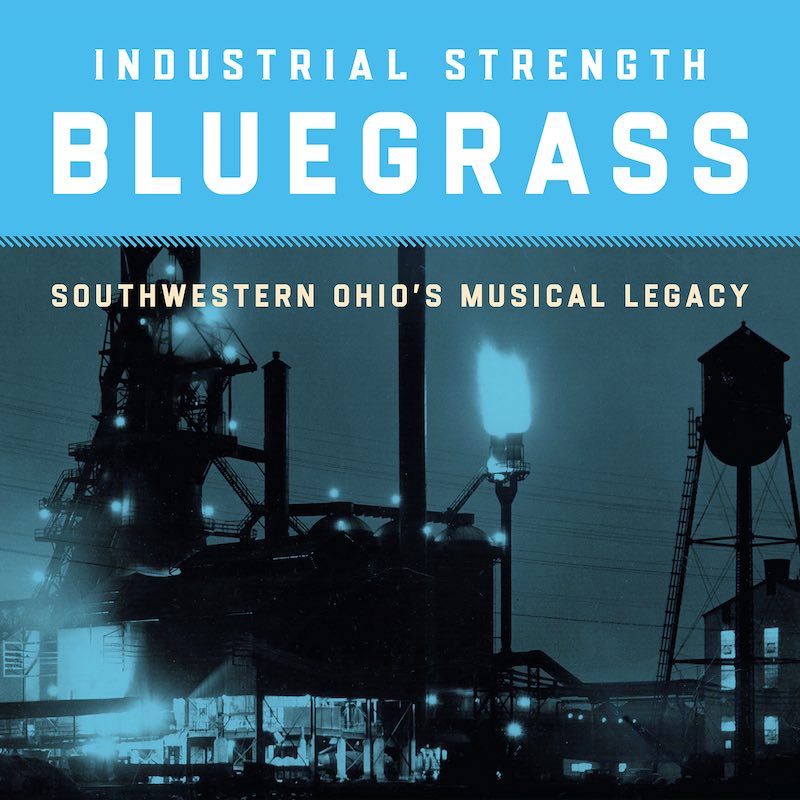 Industrial Strength Bluegrass is the story of bluegrass’ transformation from a music to a movement, carried north by Appalachians seeking a better life in the booming post-WWII factories of Southwest Ohio. The 16-song collection was produced by IBMA Award-winning musician/bandleader Joe Mullins, whose father – fiddler and radio personality Paul “Moon” Mullins – made that journey and helped found the region’s bluegrass scene. The compilation (companion to the new book of the same title from University of Illinois Press) presents Southwest Ohio bluegrass classics remade by an all-star cast featuring Country Music Hall of Famers the Oak Ridge Boys and Vince Gill, Bluegrass Hall of Famer Bobby Osborne, and many of today’s finest bluegrass and Americana artists including Lee Ann Womack, Dan Tyminski, The Isaacs, Sierra Hull, and more.

The bars and honky-tonks of Dayton and Cincinnati were a fertile training ground for scores of bluegrass musicians. The Osborne Brothers, Red Allen, Frank Wakefield, Earl Taylor, Jim McCall, and many others paid their dues playing hole-in-the-wall clubs during the 1950s, ʼ60s, and ʼ70s. Two young men from just across the state line were frequent members of bands during this era and avid listeners of WPFB.

After playing and singing for factory workers in unassuming bars throughout the Miami Valley, Aubrey Holt and his uncle, Harley Gabbard, later helped to found the popular bluegrass band the Boys From Indiana. In 1957 they wrote and recorded Family Reunion as the Logan & Laurel County Boys for Cincinnati’s Excellent Records. Later that year Bluegrass Hall of Fame member Carl Story would record the song for Mercury Records with his band the Rambling Mountaineers, and it became an enduring standard. Aubrey Holt continued as one of bluegrass music’s leading composers, penning songs like Atlanta Is Burning, Sad Wind Sighs, We Missed You in Church Last Sunday, and It Won’t Work This Time.

Recent Grand Ole Opry inductee Rhonda Vincent  delivers a soulful rendition of this gospel classic Family Reunion. She is joined by one of the brightest young voices in bluegrass, Caleb Daugherty, a Hoosier who credits his early near-neighbors, the Boys From Indiana, among his varied influences.

Industrial Strength Bluegrass releases on Smithsonian Folkways and will be available everywhere on March 26. Family Reunion is available today.

Smithsonian Folkways Recordings, the “National Museum of Sound,” makes available close to 60,000 tracks in physical and digital format as the nonprofit record label of the Smithsonian, with a reach of 80 million people per year. A division of the Smithsonian Center for Folklife and Cultural Heritage, the non-profit label is dedicated to supporting cultural diversity and increased understanding among people through the documentation, preservation, production and dissemination of sound. Its mission is the legacy of Moses Asch, who founded Folkways Records in 1948 to document “people’s music” from around the world. 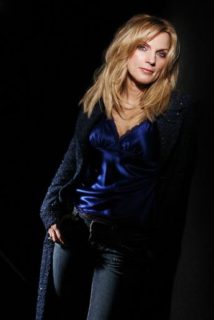 From humble beginnings in the tiny town of Greentop, Missouri, Rhonda Vincent’s musical heritage traces back 5 generations of the Vincent family. She began her professional music career singing in her family’s band, The Sally Mountain Show. It was immediate on-the-job-training as they had a TV show, radio show, and made their first recording when Rhonda was 5 years old. Her life of music evolved into a successful career in bluegrass music; after being discovered by Grand Ole Opry Star Jim Ed Brown and later recording for Giant Records.

It was her pivotal bluegrass album Back Home Again that transformed Rhonda Vincent into the All American Bluegrass Girl and being crowned the New Queen of Bluegrass by The Wall Street Journal in 2000. A multi-award winner including a 2017 Grammy for Best Bluegrass Album and 7 consecutive Female Vocalist of the Year awards from the International Bluegrass Music Association, her powerful vocal style transcends the boundaries of bluegrass music as evidenced with her collaboration with Dolly Parton on Restoration: The Songs Of Elton John And Bernie Taupin in 2018. Her lifelong dream came true when she became the newest member of the Grand Ole Opry earlier this month. 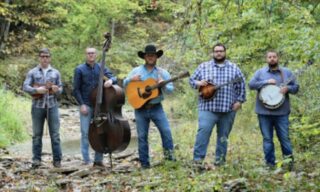 Caleb Daugherty has emerged as one of the most promising young singers in bluegrass music exhibiting an expressive and resonant baritone vocal. Daugherty’s career highlights include participating in an all-star tribute to Keith Whitley alongside Lorrie Morgan and Darryl Worley, and performing with Rhonda Vincent on the Grand Ole Opry. Daugherty fronts his own band and released their debut album in 2019.