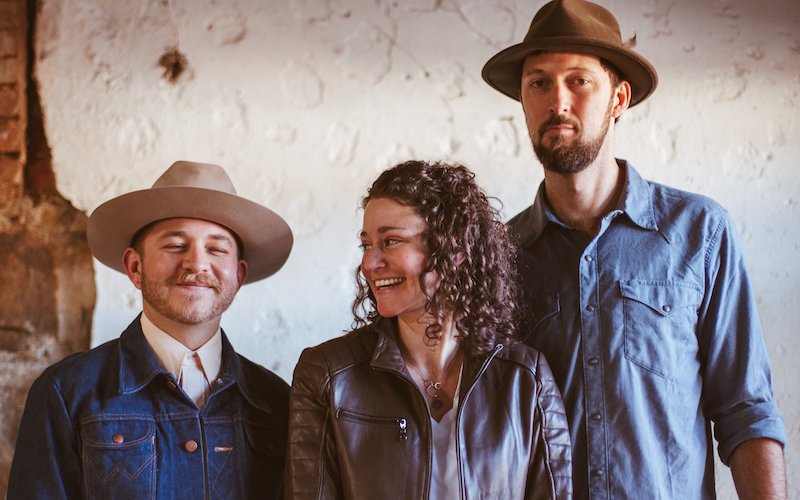 In celebration of the release, the band enjoyed television appearance on WSMV’s Today In Nashville and recently hosted an album release party and show at the iconic Station Inn in Nashville.

We began rehearsing and arranging this album via video conferencing starting in the first week of January. I was immediately struck by their work ethic, singular focus, and determination. When they walked into the studio they were the most prepared group I’ve ever worked with, resulting in a fun, easy recording process. We took time to experiment with a few things along the way and they STILL ended up finishing two days early. I can’t explain the joy we had making this record. There were tons of laughs, high-fives, and positive vibes which totally translate to the audio on the album – Stephen Mougin. 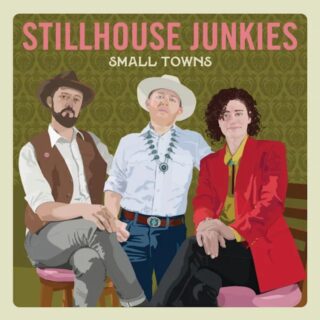 With all three band members sharing lead vocal and songwriting duties, the Junkies conjure a wide range of tonal landscapes that pay tribute to the iconic sounds of Gillian Welch, the Allman Brothers, Tim O’Brien, the Wood Brothers, John Hiatt, and countless others while breaking new musical ground with their genre-bending original material.

All hailing from small towns, they have spent much of their lives collecting the very kind of stories, snapshots, and experiences that make for unique, poignant, emotionally charged songwriting. Now, guitarist Fred Kosak, fiddler Alissa Wolf, and bassist Cody Tinnin have distilled this wealth of material down into Small Towns, a conceptually unified collection of twelve songs brought to life with the help of intrepid producer and label owner Stephen Mougin. The album turns a mirror on the lives of its creators, showcasing their hometown of Durango, Colorado and offering vignettes drawn directly from the band’s busy national touring schedule that has seen them play in over forty states and three countries.

Small Towns is a song cycle that could only emerge from the hearts, minds, and fingers of a group like Stillhouse Junkies, with their deep musical chemistry and countless hours spent exploring the American landscape together. The album is the work of a band in full stride, and its 12 songs highlight the versatility, virtuosity, and grittiness that have come to define the Junkies’ sound.

The album is available for preview and download here. Radio programmers and media can download the album here. For more information and upcoming tour dates, please visit the website.

Dark Shadow Recording is a full-service studio and record label led by award-winning Stephen Mougin, located on a hilltop that surveys Music City’s electric skyline. The label produces and turns out music from some the industry’s most promising artists in the Bluegrass, Americana, Country, and Folk genres