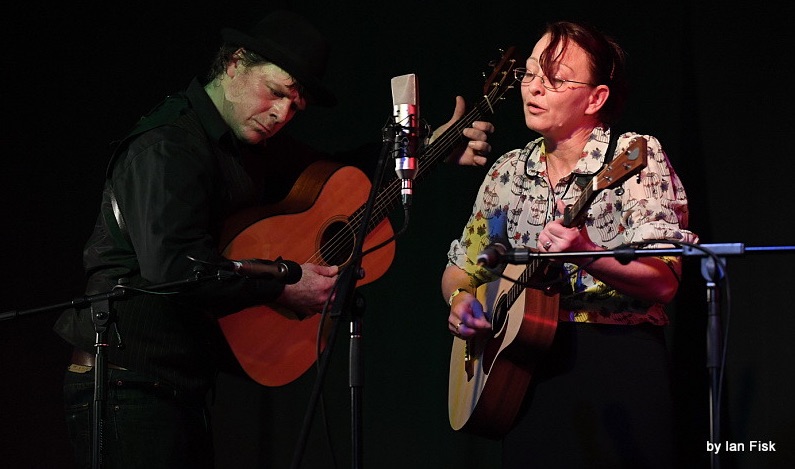 Slim Dime is Jen Land on vocals and tenor guitar and Chris Taylor on banjo, guitar and vocals. As an acoustic duo they focus on old-time mountain sounds, seamless harmonies supported by flawless musicianship. They make music that sounds as though it’s always existed somewhere on a mountaintop. It’s music that makes you lean in and listen. 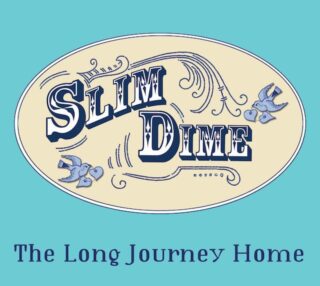 The album was recorded by Mark Woods of Mark Woods Audio in his home studio in Carisbrook Victoria. Mark Woods audio skills are a regular feature at most festivals in Victoria and New South Wales.

This new album has been many months in the making. The duo had been writing material for a couple of years now and had planned to release a double album of original material along with a number of traditional music. Sadly the pandemic hit and like the rest of the world, things changed significantly. Slim Dime, like many artists lost the opportunity to perform in public and earn a living, This impacted their plans for a double album but leaving us with a true gem of an album – The Long Journey Home.

Over the last few years we have been incredibly lucky to find a community of people who have welcomed us. It felt like a homecoming. Although we love bluegrass and old-time music, the music we make is neither of those genres. We are just two people playing acoustic instruments and singing about the stuff we think about a lot: death, loss, connection and human experience. From our home to yours – Jen and Chris, Slim Dime.

There’s a line Slim Dime tread when performing the sentimental and simplistic songs of the old-time repertoire; too straight and it would be cloying, too hip and it would be disrespectful. To make their live performances perfect would require only an audio overlay of the crackle, scratch, and clicks from an old 78 record. Or, you could do it in your head as you watch – Leonard Cohen.

This album is a wonderful collection of music, songs and sounds all assembled by an incredibly talented duo.. Slim Dime’s musicianship is flawless, it is stunning and leaves you wanting more – Encore.  Congratulations on a truly remarkable composition.