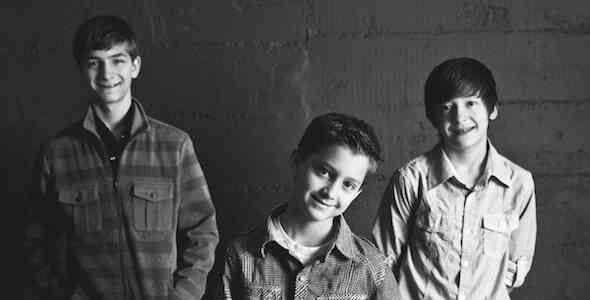 We learned this week that the Gympie Music Muster has confirmed Sleepy Man Banjo Boys from New Jersey, USA will appear at the 2013 muster. Ten year old banjo picker Jonny Mizzone, along with his brothers Robbie (13) on fiddle and Tommy (14) on guitar, burst  on to the US music scene following their debut appearance on The David Letterman Show. A YouTube video of the boys practicing Earl Scruggs’s ‘Flint Hill Special’ has been viewed more than 2 million times and they’ve become the darlings of media and bluegrass fans who can’t get enough of them.

In August the boys were named official Martin Guitar Ambassadors, made their Grand Ole Opry debut, and performed with banjo legend J.D. Crowe at a bluegrass festival near their home in western rural New Jersey. Their first album, ‘America’s Music’ recorded in Nashville, released in September and has sold over 7,500 copies.

On February 16, 2012 ‘America’s Music’ debuted on Billboard’s Bluegrass Album Chart as the 8th most popular bluegrass album in the country.

In my 65 years I’ve never seen a banjo player with this combination of youth and talent, and the group is excellent… They play together so well! This group will be making waves for many years – Pete Wernick (“Dr. Banjo”).

The boys are plamnning to widen the appeal of traditional American string band music to the next generation. The Sleepy Man Banjo Boys are starting to write new material and are looking forward to traveling the country and the world to share their gifts.