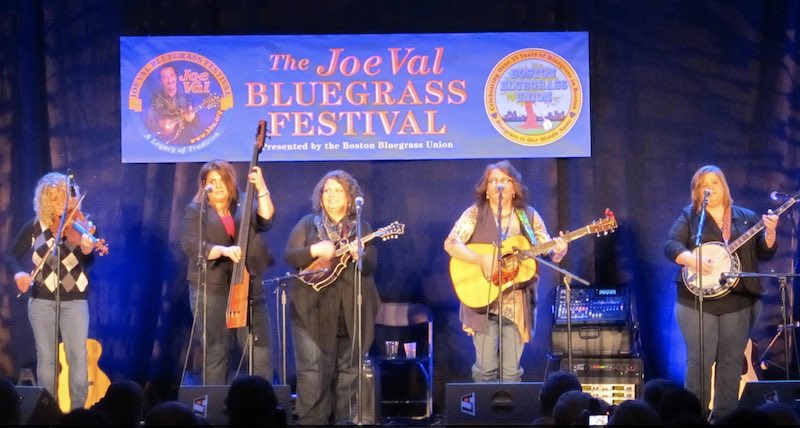 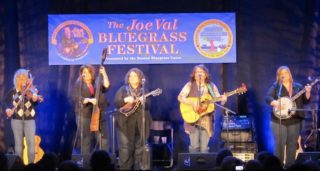 The highly anticipated new single, Losing You Blues, from one of the hottest bands in bluegrass music today, Sister Sadie, releases today on Pinecastle Records.

Sister Sadie is an inspiring musical collaboration bringing together some of the best women bluegrass music has ever claimed ​​ – Alison Krauss.

The female super-group is comprised of five of the most accomplished women in the industry, who all happen to be the best of friends and have a ball making music together. Dale Ann Bradley, Tina Adair, Gena Britt, Deanie Richardson, and Beth Lawrence agree that even though they have their own projects, walking up on stage together is just a good time waiting to happen.

Losing You Blues is a song I wrote several years ago when I was touring pretty extensively on the road with my family band. I had most of the song written but still needed a bit of tweaking and I asked one of my band members at the time,Doug Bartlett, if he would help me finish it. He agreed and we finished writing it one afternoon in the back of the bus on the road to the next show. I love writing bluegrass songs that have a bit of ‘sassiness’ to them, of which for those of you who know me, know I can be sassy at times….ha, ha! I think this song reflects that. However, this song really didn’t come to life until the rest of the Sadie’s added their spark of flavour to it! As a songwriter, I’m over the moon with how it turned out and hope everyone else loves it as much as we love playing it!l – Tina Adair.

The new song can be previewed on Bandcamp and all popular download distributors. Radio programers can find the track on AirPlay Direct.

Check out their website to catch Sister Sadie on tour this Summer.

“After we performed an impromptu concert at the Station Inn in Nashville, all five of us women knew that there would be more that we would do together. We are all in a very natural state when we perform as a group. No struggle…just in tune with thought, spirit and musical expression. Along with these factors, being on what we feel is one of the most creative and artist friendly labels in the business, Pinecastle Records, we have a sense of excitement that Sister Sadie will be in the perfect musical environment to be who we are and offer our style in the purest way….which is what this band wants. We are pumped and excited to be teaming up with Pinecastle for this project and can’t wait to get it out to our fans!”
~ Sister Sadie

Dale Ann Bradley – Five-time IBMA Female Vocalist of the Year, on vocals and guitar. She tours with her namesake the Dale Ann Bradley Band.
Tina Adair – Talented and soulful vocalist and mandolinist who has been a female vocalist nominee and fronted her own touring band the Tina Adair Band for over 20 years.
Deanie Richardson – A charismatic fiddler who has performed with Bob Seger, The Chieftains, Vince Gill, and Patty Loveless. www.deanierichardson.com
Gena Britt – An in-demand banjo player known for playing with several critically acclaimed bands over the years including Alan Bibey & Grasstowne and Lou Reid and Carolina.
Beth Lawrence – A well-known and respected acoustic bass player in demand as a session player. She is also the comedian of the stage show.