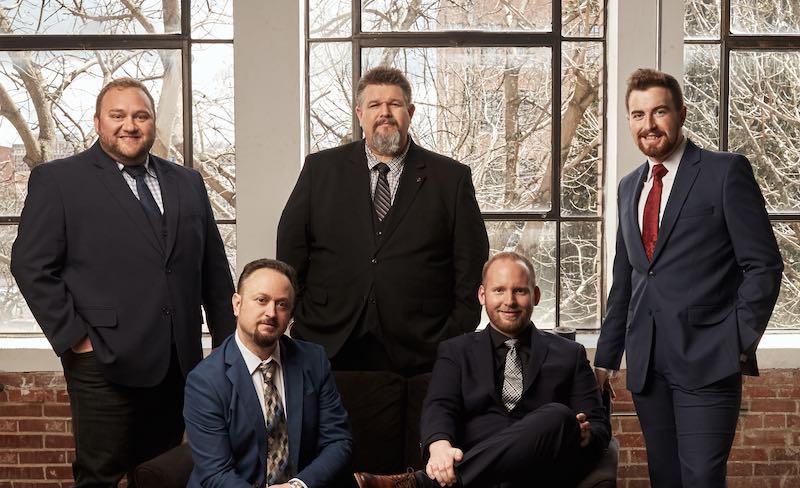 John Meador​ is from East Tennessee. John is the son of Marty Meador and Jenice Harper. He plays guitar and is one of the lead and harmony vocalists. John says he began singing before he was walking. His father began teaching him to play the guitar when he was 12 years old. John joined his first band (Kentucky Just Us) at the age of 14, along with his younger brother. When he was 16, he was offered a scholarship in music that he completed while he was still in high school. John is married to wife Grace and they have a daughter, Bethany.

Jerry Cole raised in Sharps Chapel, Tennessee. He has been around music his entire life. He is the son of Jerry Lee and Nancy Cole. He has two older siblings and two younger. At the age of 6, his father taught him to play guitar. Jerry Lee sang with The Betterway Quartet for nearly 30 years. During Jerry Lee’s practice sessions at home, young Jerry learned to sing lead and harmony. He began touring with Cody Shuler and Pine Mountain Railroad, recording two albums with the band. He later joined Russell Moore and IIIrd Tyme Out where he stayed for 3 years. In December 2018, Jerry joined Doyle Lawson & Quicksilver where he stayed until Lawson’s retirement in December, 2021.

Eli Johnston was born near Branson, Missouri to parents David and Alycia Johnston. He was raised in southeastern Kansas after his father had taken a job at the hospital there as a surgical nurse. He has two younger brothers, one a musician and the other a police officer. Eli’s grandfather, Joe Riker, bought his first guitar when he was 11. Seeing that his son had a love of music, David would drive Eli all over the country, attending festivals. Eli joined his first band, ‘Nothin’ Fancy’ while he was in high school. Later, he became a member of Pine Mountain Railroad. In 2013, Eli joined Doyle Lawson & Quicksilver. During his time there, two of Eli’s songs were recorded by the band. Eli is married to wife Keasley and they have two children, 3 year old Huxley and a newborn named Boone.

Jesse Brock the son of C.W. and Starre Brock hails from Kentucky. He grew up in a musically inclined family and began singing at the age of 7. At 8, he learned to play the fiddle but soon decided that he was better suited for the mandolin. His first experience as a band member was with his family. Since then, he has performed with some of the top acts in the industry. His efforts were recognized in 2009 and again in 2015 as he was awarded IBMA Mandolin Player of The Year. Jesse is married to wife Kristine.

Stephen Burwell is the son of Edwin and Cheryl Burwell of Lake Jackson, Texas. At age 4, the family moved to Washington. He learned to play fiddle when he was 8. In 2014, he moved to North Carolina where he auditioned for Doyle Lawson only a few days after the move. He was made part of Quicksilver on October 1, 2014. He describes Lawson as “the best boss ever” and contributes much of his dedication to the craft to the years spent in Quicksilver. Stephen is also a recording engineer and has a studio located at his home. Stephen is newlywed, married to wife Haley in September 2021.