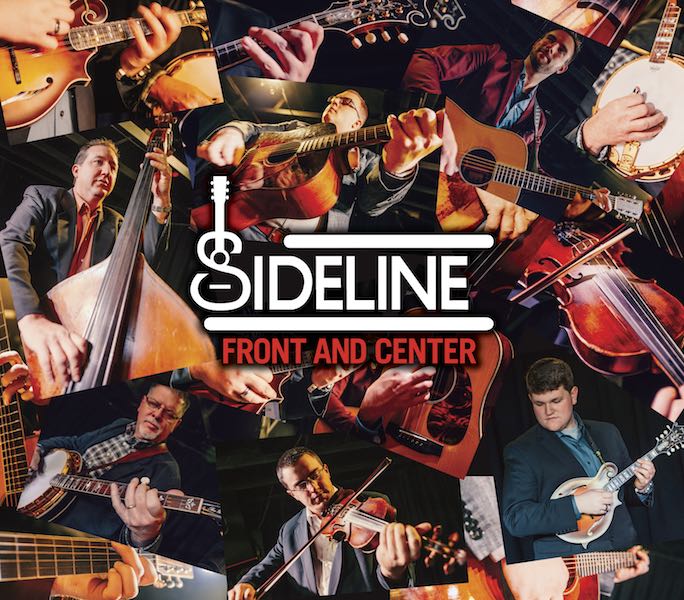 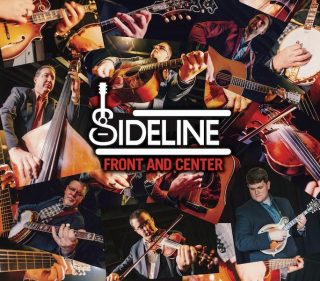 New Album From Sideline Due 27 April.

Sideline will release their fourth album Front and Center.  This is their first for Mountain Home Music Company. It is also the group’s first outing with the talented producer Tim Surrett at the helm, and their first offering to feature an instrumental. Despite all the “firsts,” the threads that bind this group of musicians together are tightly and inextricably woven. This cohesiveness emphasises the power of their hard-driving sound that is so perfected as to seem effortless. It’s real-deal, heart and soul Bluegrass.

Each track on Front and Center fits nicely into the revered Carolina-Grass style in both content and presentation. What makes Sideline and this album unique is the effortless skill presented throughout. The group has truly evolved from their admittedly larkish beginnings as “sidemen on an off-season adventure” to a first-class, polished unit that now owns centre stage. Multiple award-winning banjo player Steve Dilling, bass player Jason Moore, guitarist Skip Cherryholmes, Nathan Aldridge on fiddle, mandolinist Troy Boone and guitarist Bailey Coe are the force behind Sideline.

Troy kicks off the album with the enigmatic Thunder Dan. A loner, a murdered preacher, swift justice and lawless freedom are captured here in a mid-tempo groove that conjures up the dark woods, darker thoughts and a dim future.
The reflective Frozen In Time offers a poignant look back at the past while facing the realities of today. We’re reminded that “years may take the buildings, but love always remains.” Bailey brings the warmth of a Southern summer to the lead vocal as he recalls mama laughing on the porch, daddy playing banjo, sweet corn and more. He’s joined by Troy and Steve on tenor and baritone harmonies, respectively.
The tempo jumps up with Old Time Way, a Saturday-night-feeling, pickin’ free-for-all sing-along that vibrates with energy and good times. Steve’s iconic upbeat banjo roll drives this celebration of hoedowns past and present, while lead vocalist Troy trades some fun and fancy manoeuvres with background vocalists Bailey (tenor) and Steve (baritone).
Skip eases the listener ever-so-gently into the quiet contemplation of Gordon Lightfoot’s Song For A Winter’s Night with a masterful touch, 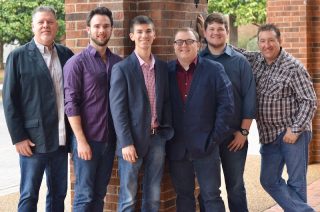 while Steve offers up outstanding ethereal tenor harmonies on this interpretation of the Tony Rice hit. With no banjo, this quiet ballad creeps slowly into the listener’s heart as it captures the loneliness and soft, sweet sadness of a solitary winter’s evening.
Bluefield WV Mountain Girl finds Bailey back on lead, singing about bright memories of a special girl and the mountains she calls home. Sideline’s brilliant four-part harmony is featured on one of the project’s two Gospel songs, I Long To See His Face. With Bailey again on lead, Troy’s tenor, Jason’s rich baritone and Nathan’s grounding bass vocal, this mid- tempo is enough to make even the casual listener shout “Hallelujah.”
Reckless, irreverent and full of dangerous charm is Lysander Hayes. A galloping clawhammer sets an expectant groove that pulls the listener forward, as choppy guitar work adds a feel of suspense. While not as dark as the protagonist of Thunder Dan, there is nevertheless a similar “rule-breaker” attitude here, with gambling, bad debts and a devil-may-care attitude at the forefront.

The band is proud of all the songs, and the album is rounded out nicely with a mix of tempos all based on true Southern Bluegrass style. The ballad, Memories That We Shared, the up- tempo Something Out Of Nothing, the mid-tempo drive All Because Of Me, and the Gospel song Satan’s Chains are reason enough to give Front and Center a listen. Add the vibrant, seat-of-your-pants, joy-of-life spin put
to Cotton Eyed Joe and you have an album for the ages.

This is a high energy feel-good album from a band of the highest order, delivering the tightest harmonies and masterful control of their instruments.