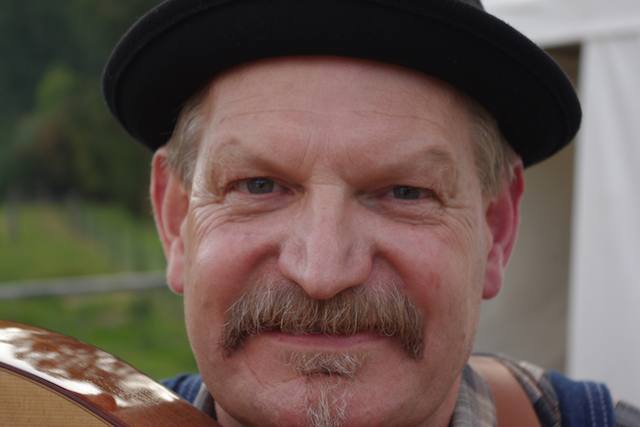 Many years ago, I’m talking late 70’s early 80’s, a great friend, then yet to be Best Man, and still considered one of the best men you could ever meet, Tony Aspro, now professor at a prestigious NSW Uni, headed to Chicago to further his studies. The academic standards in Chicago were somewhat lower than Tone had expected and as I recall, his stay was less than 12 months. Fortunately the Blues standard was much higher and for a hard core blues fan like Tone it was almost heaven. He become a regular at the Checkerboard Lounge and became good friends with the owners, Buddy Guy and Junior Wells.

The bonus for me in all of this was that Tony would send me home articles and advertising flyers and stuff from the clubs he attended along with reports of the players he had seen. He also furnished me with cassette tapes of various Chicago blues radio programs that he listened to. One such program was broadcast on WXRT, hosted by Robert Patrick Gelms. These tapes were almost mystical to me here ‘Downunder’ with performers and songs that I was totally unfamiliar with. What a feast, I near wore out those tapes. Chicago seemed so exotic and far away.

Sadly the tapes and all the ephemera were consumed in the 2009 Victorian fires.

So why get so misty eyed about it now? Well a recent purchase made me think of how things have changed.  I have me one those new fangled sound systems with an internet radio in it. In my case, a Denon product. This internet radio is a revelation. Approximately 20,000 radio stations to choose from. All those great Chicago stations, plus Bluegrass, Old Time, Cajun/Zydeco, Folk, Country, they’re all there.  Whatever and whoever you want to listen too, all in crystal clear tones. A far cry from listening to those worn out old tapes.

My particular favorite at the moment is WDVX from Knoxville Tennessee. Twenty four hours a day of fine listening covering all the above mentioned genres of music. Freddy Smith’s Rise and Shine Bluegrass Breakfast begins at 8.00pm local time. Old Joe Bussard gives his 78 collection an airing on Tennessee Country Classics. It is a truly community radio station. Anybody wanting some musical inspiration and having access to the internet should consider it.

Bob Gelms seems to have moved on from WXRT, but there’s plenty to replace him.