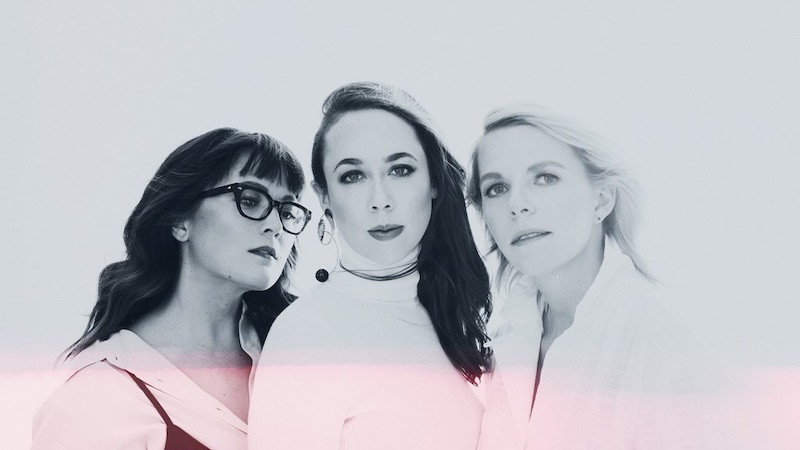 The band, I’m With Her features Sara Watkins, Sarah Jarosz and Aoife O’Donovan. This folk trio supergroup has, since their formation at an impromptu show in 2014, honed a special, family-like chemistry, garnering acclaim for their unique blend of instrumental interplay combined with indelible harmonies.

Their debut album See You Around (2018) garnered instant and widespread praise, including from NPR, who hailed the collection as “willfully open-hearted”, and The Guardian, who called their sound both “ethereal and purposeful.”

Touring in support of the new album, the band have sold out shows across the US and Europe and have also made appearances on Jimmy Kimmel Live!, CBS Saturday Morning and NPR’s Tiny Desk Concerts. The trio was recently nominated for “Duo/Group of the Year” by the Americana Music Association.

They are scheduled to appear in Australia at the following locations:

I’m With Her is a band rooted in a rare alchemy: three celebrated songwriters coming together to create music that reveals entirely new possibilities in their distinct and deep-seated talents. Since forming in 2014, Sara Watkins, Sarah Jarosz, and Aoife O’Donovan have imbued their songs with a sharply detailed lyricism, graceful musicianship, and—perhaps most powerfully—mesmerizing harmonies that endlessly reflect their extraordinary chemistry.

The latest single from I’m With Her, Call My Name once again shows the strength and vitality of their connection. In a departure from the deliberately insular making of their debut album See You Around, the band pursued a new creative approach centred on true collaboration with producer Mike Elizondo (Regina Spektor, Fiona Apple, Dr. Dre). Recorded at Sound Emporium Studios in Nashville, Call My Name finds Elizondo building a hypnotic sonic backdrop, matching the track’s quietly urgent beat with I’m With Her’s interplay of guitar, Wurlitzer, and fiddle. The result is a song both stark and luminous, perfectly capturing the potent tension within even the most loving relationship.