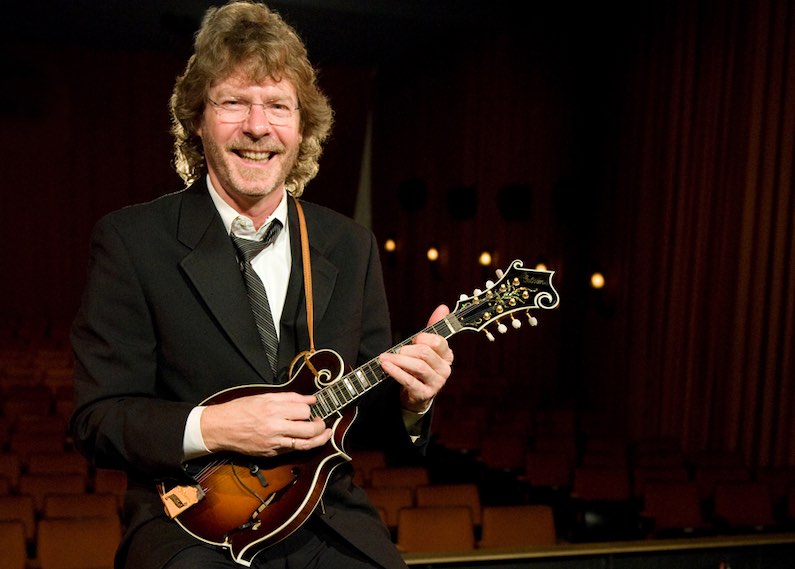 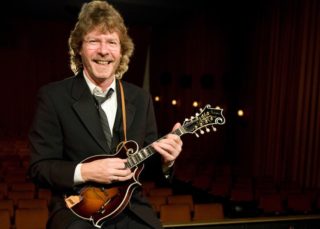 In his first new music release since Storyman in 2016, Sam Bush leads the Sam Bush Band in a rocking, electric charge against the current climate of our culture. “Stop The Violence”, written by Bush and long-time collaborator Jeff Black, is reminiscent of so many great rock and roll protest songs of the 1960s, but is focused on the here-and-now; a world of mass shootings, polarised politics, and continued social inequality.

Classic Allman Brothers-esque twin-lead guitar, or in this case, electric mandolin and guitar, are interspersed throughout the song, driving home their point with urgency and fervour not commonly found in Bush’s usual world of bluegrass. Today, Rolling Stone debuted “Stop The Violence” along with its music video counterpart, shot and directed by photographer and cinematographer extraordinaire, David McClister. Rolling Stone notes, “Sam Bush delivers a clear call to action in his rousing new song Stop The Violence”.

After sitting on the instrumental portion of Stop The Violence, Sam Bush found himself hanging with co-writer Jeff Black; drinking coffee, shooting the breeze. When the conversation turned to the current state of the world – mass shootings, violence towards women and children and minorities – they began questioning if this was the new normal. Jeff asked Sam what he wanted the song to say and Sam simply replied, “stop the violence.”

Violence has become a disease, a bad gene in our DNA. It’s not normal, but it’s being normalised and it’s happening right in front of our kids. When Sam brought me the track and his vision for the song, I started thinking about all the folks who grow up in a violent environment, and that’s all they know. I think about the children in particular and how they are cast into it without a choice. I think the hope, because violence itself is taught and handed down through the generations, is that someday, by small acts, we can break the chain – Jeff Black.

All-in, Stop The Violence is a decree; a frustrated, weary cry to humankind to stop hurting each other and spread love. When asked about the song. I’m jumping on that peace train. Stop the violence – Sam Bush.

This single comes hot on the heels of Revival: The Sam Bush Story, a documentary released to the public via Amazon in November of last year. Written, produced, and directed by Wayne Franklin & Kris Wheeler, Revival not only chronicles the life and career of the newgrass creator, but weaves an emotional, inspiring story about the risks and rewards of being a musical iconoclast. Since its debut at the Nashville Film Festival in 2015, winning the audience award for Best Music Documentary, the crowd-pleasing film has played to packed houses and standing ovations at independent film festivals (Sidewalk Film Festival, St. Louis International, Big Sky, Noise Pop, IF Film, Durango, Port Townsend, Woods Hole, and Hurricane) across the country and has screened at IBMA, Telluride, Film Falmouth, and Hear BG, picking up three more best documentary awards along the way.

There was only one prize-winning teenager carrying stones big enough to say thanks, but no thanks to Roy Acuff. Only one son of Kentucky finding a light of inspiration from Bill Monroe and his Blue Grass Boys and catching a fire from Bob Marley and The Wailers. Only one progressive hippie allying with like-minded conspirators, rolling out the newgrass revolution, and then leaving the genre’s torch-bearing band behind as it reached its commercial peak. There is only one consensus pick of peers and predecessors, of the traditionalists, the rebels, and the next gen devotees. Music’s ultimate inside outsider. Or is it outside insider? There is only one Sam Bush.

He’s released seven albums, a live DVD, and a documentary over the past two decades and in 2009, the Americana Music Association awarded Bush the Lifetime Achievement Award for Instrumentalist. Punch Brothers, Steep Canyon Rangers, and Greensky Bluegrass are just a few present-day bluegrass vanguards among so many musicians he’s influenced. His performances are annual highlights of the festival circuit, with Bush’s joyous perennial appearances at the town’s famed bluegrass fest earning him the title, King of Telluride.

*with The Travelin’ McCourys.