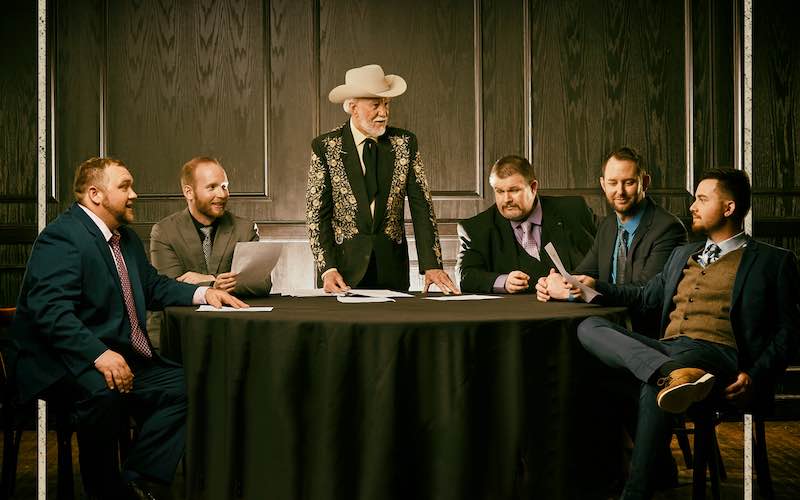 On the heels of his announcement to retire from touring at the end of 2022, multi-Grammy nominated bandleader and mandolin master, Doyle Lawson is set to release a new project on Billy Blue Records with his band, Quicksilver. Roundtable is the final straight-up Bluegrass Doyle Lawson & Quicksilver album before Lawson’s planned retirement from the road. The iconic roots artist and Bluegrass Music Hall of Famer plans one final Bluegrass Gospel album in 2022.

Album tracks showcase the individual vocal talents of the members of Quicksilver.

In preparing to make a record, there’s a good deal of time spent on song selection, and during the process, an idea for the title usually comes along. While driving home from the studio one evening, I was listening to what we had done up to that point, and it occurred to me that it was like a ‘roundtable’ recording. The idea for the title grew from the different lead vocals heard throughout the project – Doyle Lawson. 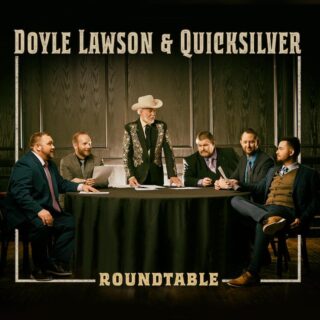 Throughout rehearsals, Lawson directed individual members to take the lead. The conversation was, “Matt, I want you to sing the lead on ‘Between the Lines’ and ‘Jerry, you wrote this one, take the lead on it’.” Similarly, Lawson heard Eli’s voice for a particular song and Ben was perfect for yet another track.

In essence, it was like a roundtable discussion with everyone taking their place at the lead, so that’s what I ran with – Doyle Lawson.

“I’ve listened to Doyle Lawson ever since I was a young man. Getting to know him personally and call him ‘friend’ has been one of the greatest honors of my musical life. He has been as important and influential to my generation of bluegrassers as Bill Monroe and the original creators/fathers were to him. This new album, Roundtable, proves once again how creative and musically precise he continues to be. Thank you, Doyle, for the opportunity to work with you and represent Quicksilver, and for being the great example of a consummate professional and friend you have been to all of us in bluegrass music – Jerry Salley, Creative and A&R Director for Billy Blue Records. 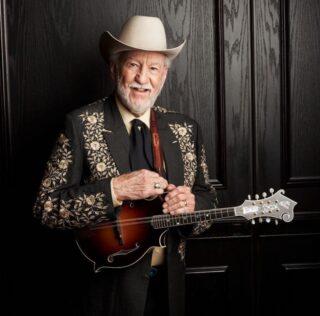 Doyle Lawson was born in 1944 in Ford Town, Tennessee. As far back as he can recall, he loved the sound of music, with nearly everyone he knew listening to The Grand Ole Opry every Saturday night. He loved all of the Opry stars but was most impressed by the intensity of Bill Monroe and his Blue Grass Boys.
​
The family sang gospel music as Doyle was growing up. His parents and sister were members of trios and quartets that sang a cappella music in churches and at revivals. No doubt, that’s how Doyle acquired his love of quartet music. When he was 11 or 12, his father borrowed a mandolin from one of the members of the family’s quartet, Willis Byrd so that young Doyle could give it a try. He was mostly self-taught, playing along to the radio or records and watching the occasional TV show. He eventually returned that mandolin to Mr. Byrd, and years later, Byrd gave it back to him at one of the first Doyle Lawson & Quicksilver concerts. Lawson still owns that instrument.
​
He met Jimmy Martin when he was 14 years old, when he’d already made up his mind that he wanted to play music for a living and began to add banjo and guitar to his skills. Four years later, in February 1963, Lawson moved to Nashville and got a job playing banjo with Jimmy Martin. In 1966, he started working with JD Crowe in Lexington, KY. In 1969, he was back with Jimmy Martin for about six months playing mandolin and singing tenor but then went back with J D Crowe until August of 1971. He started with the Country Gentlemen on September 1, 1971 and stayed with them until March 1979. By this time, he had played in bands that had “their sound” for more than 10 years and wanted to put together a group that would have his own “sound”.
​
To that end, in April 1979, he formed a group that first was named Doyle Lawson & Foxfire but soon changed to Doyle Lawson & Quicksilver. He wanted a strong quartet like the ones his dad sang with. In the next few months, Terry Baucom, Jimmy Haley, Lou Reid and Doyle laid the foundation for what became the Doyle Lawson & Quicksilver sound. The makeup of his band has changed many times in nearly 40 years, but the sound remains distinct and arguably perfect.
​
Lawson has been hosting the Doyle Lawson & Quicksilver festival in Denton, NC for more than twenty-five years, adding a golf tournament to the festivities a few years ago.
​
The gospel music that he records and performs has always been important to Doyle, who, with his band, has made many more gospel recordings than secular ones. In general, however, Doyle has noted that he’s not sure exactly how many albums he’s recorded.

The versatile mandolin master and perfectionist bandleader announced his plans to stop touring at the end of 2022, but will remain active in music … and golf … and will surely continue to produce music for others as well.