Roots of My Raising 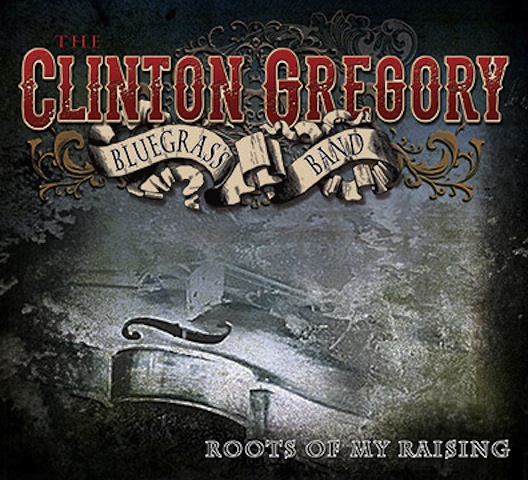 This hand-picked collection of 12 tunes is a personal translation of some of Bluegrass and Country music’s classics. They feature Gregory’s refreshing vocals blending seamlessly in some timeless arrangements. Clinton Gregory cuts a credible swath through traditional standards such as “How Mountain Girls Can Love” and “Little Cabin Home On The Hill”, Sittin’ On Top Of The World” and “Somehow Tonight”, to country classics like “I Never Go Around Mirrors” with his easy listening style offers a refreshing new voice on the bluegrass scene. Gregory’s fiddle skills are brought to play on “Katy Hill” and then he finishes up with his own haunting composition, a reflective Gospel ballad called “Crucifixion“.

Gregory tips his hat to the Father of Bluegrass music Bill Monroe as well as The Stanley Brothers and Flatt and Scruggs while the band pulls of some newgrass interpretations of Merl Haggard, Mell Tillis and Lefty Frizzel.

This album is due out on 14th May and was produced by Jamie Creasy and IBMa award-winning banjo player and producer Scott Vestal. This album is a life like reflection of the music that was the foundation and the springboard for Clinton’s Gregory’s career as a musician.

This bluegrass album has been 40 years in the making. The project came to life when we spent a weekend up at a cabin; we played until our fingers couldn’t play any more. SOmething really rare happened and we knew that we needed to get into the studio. In fact, the songs on the record are the very same songs from those inspiring evenings in the cabin – Clinton Gregory.