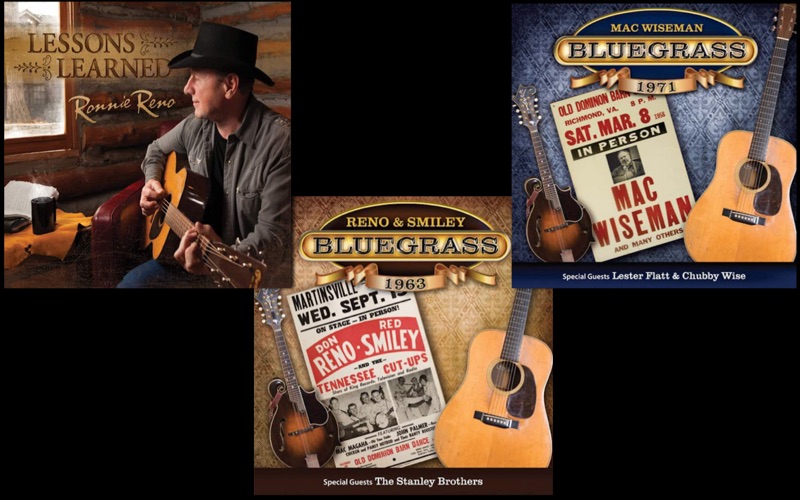 Ronnie Reno’s Publishing to Release 3 Albums For Downloads and Streaming.

The first group of titles to be released on Reno’s Man-Do-Lin Productions label are: 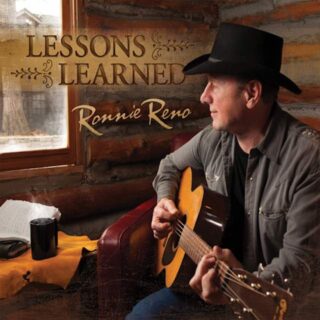 Lessons Learned is the perfect album title for artist / songwriter / TV host / 2013 IBMA Broadcaster of the Year Ronnie Reno. Reno’s singer / songwriting talents really shine on this 11-song album which contains 9 songs penned by Ronnie Reno. Each song tells a story about life, love and relationships that pull from his rich experiences that date back to the 60‘s Reno’s 50 years as an artist, songwriter and TV host.

Ronnie has had one of the most colorful, diverse and distinguished careers in the music industry. On the countryside, he has toured as an opening act and band member for Merle Haggard, toured with Mel Tillis, and written hits for both Merle Haggard and Conway Twitty. On the bluegrass side, he spent several years providing part of the trademark harmonies of the Osborne Brothers.

The album was produced by Ronnie Reno, and showcases The Reno Tradition, Ronnie’s band and the house band on the highly successful TV show Reno’s Old Time Music which aired in prime time on Saturday nights on RFD-TV with a 1.2 million monthly viewership. 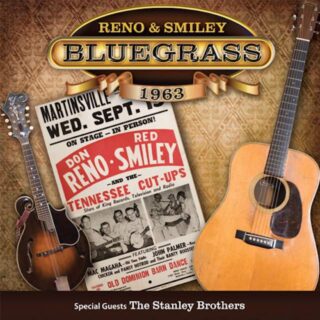 This album was produced by Ronnie Reno and is a most welcomed treasure for those lucky enough to have seen and heard Reno & Smiley in its prime performance on their legendary Top O’ The Morning daily TV show in Roanoke, VA in the early 60’s.

The 18-song collection features their long-time sidemen The Tennessee Cut-Ups; Mac Magaha on fiddle and John Palmer on bass, plus guitarist Steve Chapman and a young Ronnie Reno on mandolin. There are fine renditions of their classics like I Know You’re Married, I’m The Talk Of The Town, Love Please Come Home, I Wouldn’t Change You If I Could and I’m Using My Bible For A Roadmap and some standards including Down Yonder, Whispering Hope, Fisher’s Hornpipe, Panhandle Country and the popular TV theme song Ballad Of Jed Clampett.
Also featured on this album are guest spots from none other than The Stanley Brothers; Ralph and Carter performing the classics In the Pines, Nine Pound Hammer, and Ralph joins Don Reno for a twin banjo workout on Home Sweet Home. A special album highlight is the four-part harmony performance of Over in The Gloryland with Ralph and Carter Stanley joined by Reno And Smiley and their full band, (enough said).

As I look back some 57 years ago when we recorded this, I can’t help but think of my feelings on the music we were playing. I was 16, playing mandolin in a great band on TV and recording hit records. I guess I thought all bands sounded and played like Reno and Smiley. Little did I know I was playing in one of the greatest bluegrass bands of all time. I was lucky to be able to be on to these TV show recordings because so much musical history has been erased. These were wonderful years for bluegrass, and I know that you will enjoy the music as much as I was in being a part of history of Bluegrass. I hope you agree with me that this is truly a forgotten treasure and a memory that will live on forever – Ronnie Reno. 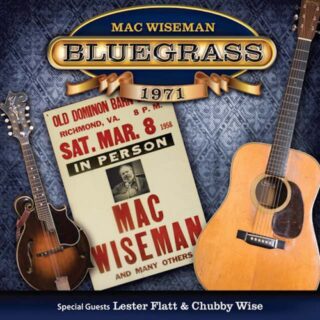 Mac Wiseman has been a very important part of the Country and Bluegrass music scene for many decades recording a tremendous number of successful albums that have contained a long list of big hits in both genres. Towards the end of 1970, Mac and Lester Flatt talked about teaming up for an album that would re-create the mood and spirit of the late 1940s. Lester, of course, had split acrimoniously from Earl Scruggs, so Lester and Mac began touring and recording together. Their albums during this period were musically and commercially successful. So successful that their album Lester ‘n Mac reached #42 on the Billboard Top Country Album Chart. We can all be very grateful that the songs on this album were recorded and will be enjoyed for many generations. This star-studded bluegrass album was recorded in 1971 at the Renfro Valley Barn Dance in Kentucky during this historic collaborative period between Mac Wiseman and Lester Flatt.

This album captures the performance highlights during the 1971 Renfro Valley festival and gives us a historic treat as this Bluegrass legend duo performs 3 classic songs together with Lester’s Nashville Grass Band, which included Paul Warren, Josh Graves, Roland White, Haskel McCormick, and Johnny Johnson with special guest; Howdy Forrester and 9 classic songs performed with Mac and his band the Shenandoah Valley Cut-Ups. Another highlight on this historic album includes a fiery three fiddle instrumental version of the classic tune Liberty with Tater Tate, Joe Greene and Chubby Wise.

Chubby Wise, as many know, was also a former band mate of Lester Flatt which represents half of the legendary pioneer bluegrass band with Bill Monroe and Earl Scruggs making up the other half of the band members. One track on this album titled Mac Wiseman on The History of Bluegrass is devoted to a very special on-stage interview with Mac Wiseman and Carlton Haney talking with Lester and Chubby about this important time in Bluegrass Music.

As mentioned above, Mac Wiseman is beautifully backed by the Shenandoah Valley Cut-Ups, which includes Billy Edwards, Hershel Sizemore, John Palmer, Tater Tate with special guests; Chubby Wise, Joe Greene and Harley Gabbard. They provide all the right elements for Mac’s vocals to shine through and delight the crowd that day. In addition, we are treated on this album to a song that did not appear on the Legends of Bluegrass (1971) companion DVD recording titled All I Have to Offer You Is Me.

Legends of Bluegrass (1971) is a very nice snapshot in time that captures Mac’s warm, relaxing stage style combined with his high energy live performances during his career.

The legendary Ronnie Reno often called “Bluegrass Music’s Youngest Old Timer,” is the son of banjo pioneer Don Reno, and began his career over 60 years ago playing with his father’s group, the Hall of Fame duo Reno & Smiley. In the late 60’s and early 70’s, Reno played bass for The Osborne Brothers and would lend his voice to their trademark trio harmony before becoming a front man for Merle Haggard’s Strangers.
As a songwriter, Reno would pen several cuts for Haggard, as well as the pivotal signature song, “Boogie Grass Band” for Conway Twitty. In 1983, Reno made his first solo entry on the charts with “Homemade Love,” but would later reunite with his brothers, Don Wayne and Dale, to form the celebrated group, The Reno Brothers. In 1993, Reno became an ambassador of traditional music, producing and hosting the first and only national television show featuring Bluegrass music, the Cable Ace-nominated “Reno’s Old Time Music.”
“Reno’s Old-Time Music” TV show aired weekly for nearly 25 years and reached over 80 million homes on the RFD-TV Network. In 2016, Reno earned SPBGMA’s highest honor, and Ronnie was inducted into the Preservation Hall of Greats, alongside such legends as Bill Monroe, Ralph Stanley and his father.