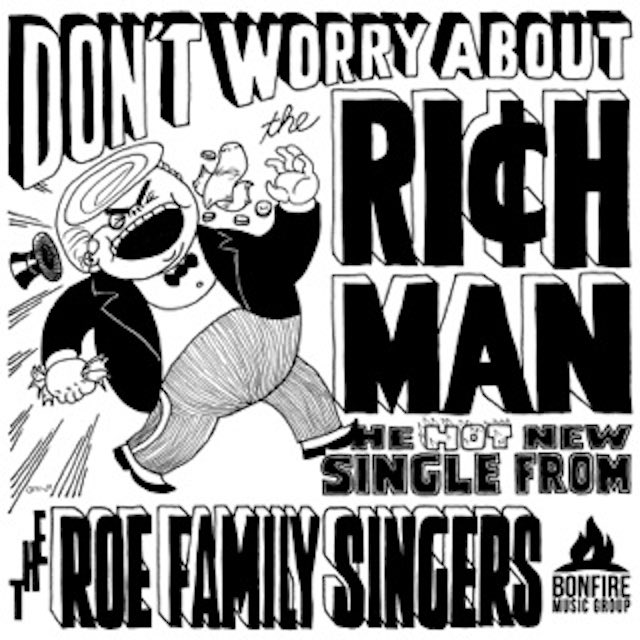 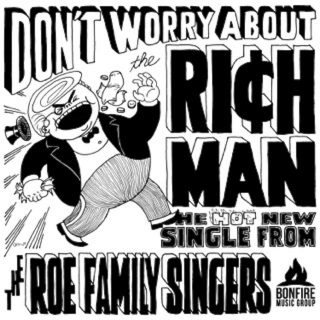 Fans can stream and download the new single here.

We wrote the song the week that Paul Manfort only got 7 and a half years in prison after stealing all the money he stole, and all those rich folks got busted for bribing their kids into Ivy League colleges – Kim Roe.

It seems like, more and more, as long as you’ve got money, you can do whatever you want, while the rest of us have to play by the rules.” Kim adds, “What’s the saying? “If you’re not angry, you’re not paying attention – Quinlan Roe.

Don’t Worry About the Rich Man was written by the band seeking to differentiate the lives of a rich man compared to a poor man. The single shows off the band’s unique instrumentals, which has a more progressive Bluegrass / Americana touch. The artwork for the upcoming collection was illustrated Quillan, who personally drew each of the images and CD packaging.

Since getting their start covering Johnny and June Carter Cash, The Roe Family Singers’ founding members Kim and Quillan have created quite the following in their home state of Minnesota and beyond. The husband-and-wife pair are showcasing their talents on the upcoming Roll Up The Rug album. The track listing includes a combination of all-new material, along with some traditional tunes. Some of the key moments include a reinvigorated version of Bill Monroe’s “The Rocky Road Blues,” along with a version of “Hey Good Lookin’” by Hank Williams and more (see full track listing below).

The upcoming album serves as the follow-up to the group’s 2018 Pinecastle Records release Songs of the Mountains, Songs of the Plains. The Roe Family Singers are kicking their promotional efforts into high gear, with several upcoming tour dates scheduled. In addition to performing at their Minneapolis, Minnesota residency the 331 Club, which they’ve held for over a decade, they’ll be performing at other festivals and venues throughout North America in 2020.

To keep up with all things The Roe Family Singers, check out their official website.

Roll Up The Rug Track Listing: