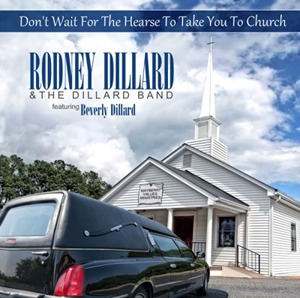 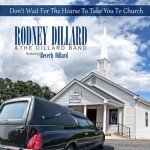 Rodney Dillard’s long and illustrious career has resulted in two Grammy nominations, induction into the International Bluegrass Music Hall of Fame, a well-known acting stint on The Andy Griffith Show, and worldwide acclaim for over 50 years of recording both traditional bluegrass and his own brand of DillardGrass. Rural Rhythm Christian has announced the 16th August album release, Don’t Wait For The Hearse To Take You To Church by Rodney Dillard & The Dillard Band (Featuring Beverly Dillard).  The album features stand out tracks like the title cut, and also the The Devil Just Can’t Knock Me Off My Knees, written by the Dillard’s friend and 5-time Dove Award winning songwriter Bruce Haynes.

The Andy Griffith Show has captured the hearts of Americans since the 1960’s.  Its emphasis on family values, Christian principles and simply doing the right thing made it the most popular show in television history.  Rodney Dillard was one of the beloved Darling boys on many episodes.  Now he and his wife,  announce they are bringing their acclaimed Mayberry values program to churches all over America, proclaiming those cherished values.  Using humor, stories, testimonies, scriptures, song and video presentations, the Dillards are able to touch and inspire families and individuals of all ages.  As they say in Mayberry, lets get all keyed up – this time for the Lord.

My wife Sharon and I have known Rodney and Beverly Dillard for over 20 years.  We know them to be fine Christian people of integrity and they have a heart for the lost.  I think Mayberry Values is a great way to witness to people because everybody knows about Mayberry and what it stands for.  God bless their ministry and all their efforts to further the Kingdom of God –  Ricky Skaggs.