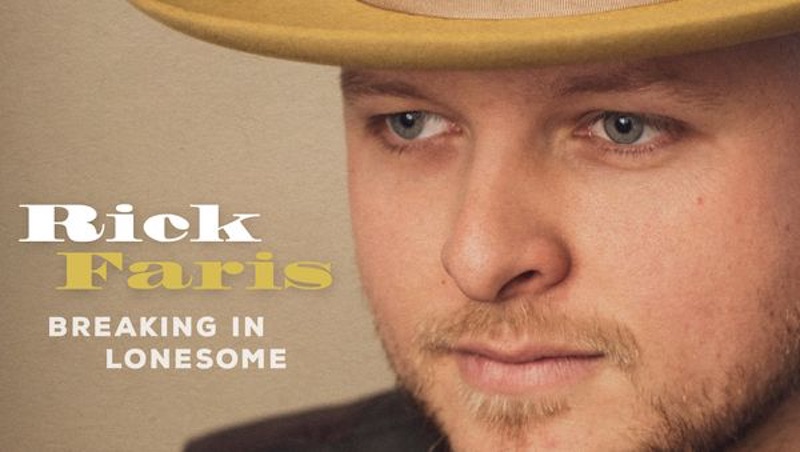 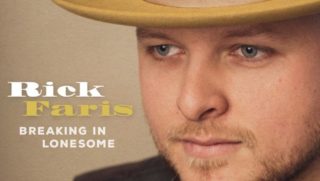 Today marks the official release of Rick Faris’s debut album Breaking In Lonesome, from the Dark Shadow Recording label. While his name may be unfamiliar to some, Rick grew up in a touring bluegrass family band (The Faris Family) and has spent the last decade picking and singing with Special Consensus.

After signing to Dark Shadow Recording in late 2018, he entered the studio in early 2019 with a pile of songs and a group of close friends. In a week of recording, Laura Orshaw (fiddle), Harry Clark (mandolin), Justin Moses (banjo/tenor vocal), and Eddie Faris (upright/baritone vocal) joined Rick and producer/engineer Stephen Mougin to arrange the material and push each others musicianship. Special Consensus – Greg Cahill (banjo), Nick Dumas (mandolin, tenor vocal), and Dan Eubanks (upright, baritone vocal) – dropped in to add a couple of fantastic tracks, and the album was complete.

It was inspiring to see my friends stretching out with their feelings, and playing new things they’ve never played before– Rick Faris.
This album not only highlights Rick’s captivating vocals and blistering guitar work, but showcases his depth in artistry through eleven (of twelve) original songs. In a very short time frame, he rose to the challenge and curated a collection of thoughtful, fun, and moving material – Stephen Mougin producer.

Fresh and delightful… I’m totally impressed with his new album – he’s got the vocal chops and the great instrumentation that he displays on each tune, like a baker offering his delicious wares to taste. Lots of variety is keeping it interesting. His time spent with the group Special Consensus has added to his polishing as a top-notch performer. I really like his overall approach to arrangements just as well as his crafty selections of songs – a little happy, a little inspirational and a whole LOT of great stuff right here. Emotional prodding from the artist to keep you on your toes, guessing and feeling the messages, meant for the listener and his pure enjoyment. I give this a big fat “A” because it is an excellent offering for a debut project. Congratulations to Rick Faris – Gracie Muldoon.

Breaking In Lonesome, the chart-topping title track, premiers its official music video at Bluegrass Today in conjunction with the album release. Created by filmmaker Dalton Coffee for Bomber Productions, it is a film narrative complete with comedic twist.

The album can be purchased from Dark Shadow Recording, on your favorite music platform HERE, or directly from Rick Faris at a Special Consensus performance near you.