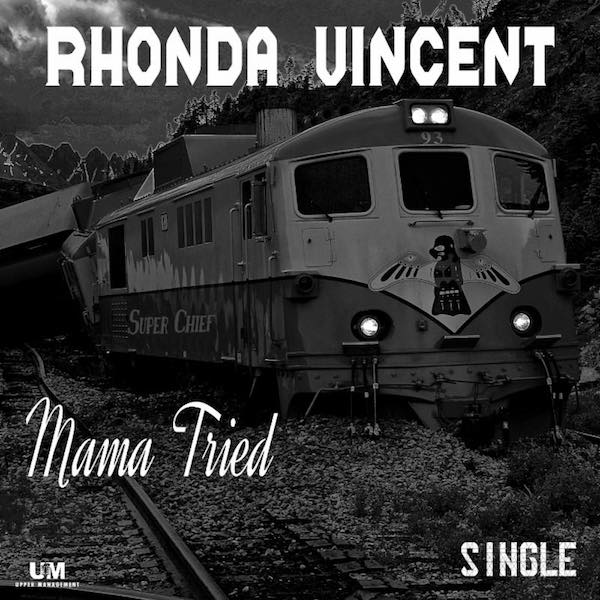 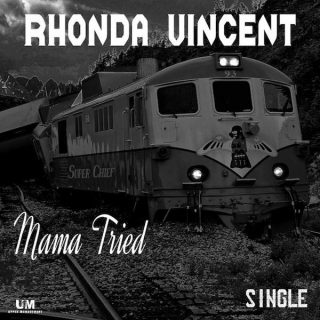 Rhonda Vincent has announced her new single, “Mama Tried,” released in tribute to the late great Merle Haggard. Rhonda presents the song with invigorating bluegrass instrumentation, and a sassy vocal, with a familiarity that has everyone singing along. The track is released via Upper Management Music and available now on iTunes and wherever music is sold.

The song was selected to perform on an upcoming Merle Haggard Tribute on RFD-TV’s ‘Country’s Family Reunion.’ When I started singing it at our sound checks, we were instantly intrigued with the bluegrass version, and with only a 24 hour notice, we secured a studio and recorded the song, with the intention of releasing it on Merle Haggard’s birthday. We were shocked at the news of his passing, and release it now in his honour. We loved Merle and were so thrilled to meet and open a show with him on January 28, 2015. That was such a special moment, and one we will always cherish – Rhonda Vincent.

Listen close, because this new version features a rare performance by legendary bluegrass favourite Sonny Osborne singing harmony vocals, creating a family blend with Rhonda’s daughter Sally Berry. This classic song has been a favourite of country radio for nearly 48 years, since the original hit No. 1 on the Billboard Country chart in 1968. It also received the Grammy Hall of Fame Award in 1999, and most recently was added to the National Recording Registry in 2016.

Radio DJ’s can download the track now on AirPlay Direct.

Rhonda Vincent & the Rage kicked off their blockbuster North American tour earlier this year. The most award-winning band in bluegrass music continues to bring their distinctive sound to new audiences (see dates below). The reigning IBMA “Female Vocalist of the Year” also just announced a special show in Nashville for July 14: Rhonda Vincent & The Rage with Legends of Bluegrass. The Springer Mountain Farms sponsored show will also feature performances by Bobby Osborne, Mac Wiseman and Jesse McReynolds. Fans can buy tickets at ryman.com.

Rhonda Vincent & the Rage On Tour:

Rhonda Vincent, dubbed “The New Queen of Bluegrass” by the Wall Street Journal, began her musical journey at the age of three, performing alongside her family members on what was called The Sally Mountain Show. She sang bluegrass as a teenager, then recorded a couple of mainstream country albums in the 1990’s, when makeup artists cared more about her looks than her sound. She was asked if she could “get the bluegrass out of her voice.” Confused and heartbroken, she put together her first bluegrass band, and found the most natural approach to her music was in the bluegrass realm.

In addition to being the most award winning band in Bluegrass music history, alongside her band The Rage, totaling over 100 awards, Vincent has also performed and recorded with the best of the best, including Dolly Parton, Willie Nelson, Keith Urban, Alan Jackson, Faith Hill, Martina McBride, Daryle Singletary, Richard Marx, Hank Williams Jr and more. In addition to being a 15-time “Entertainer of the Year,” Vincent has established herself as one of the most visible, best-selling artists in the genre, whose cross-over appeal stretches well into the mainstream media.