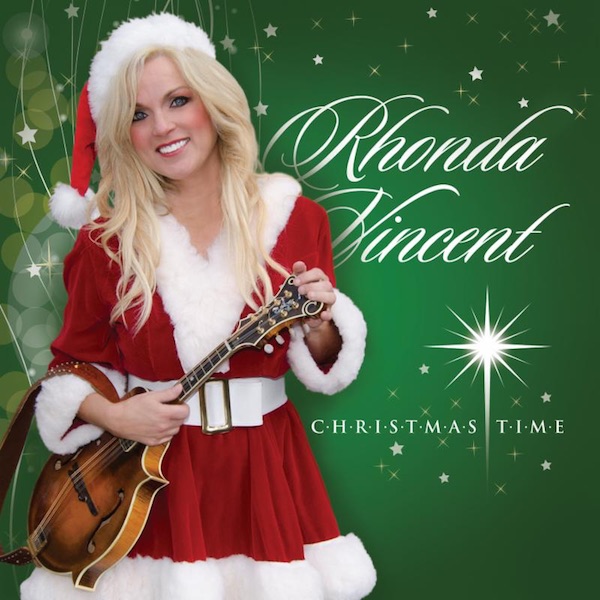 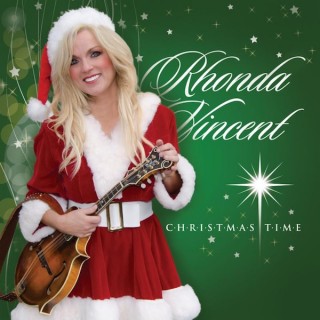 Rhonda Vincent has been celebrating the season all year; writing new Christmas material, then combining the new originals with the classics. The result is something unique and it’s sure to set the perfect tone for this Holiday Season

This six-time Grammy nominated artist is set to reveal Christmas Time, on October 30.  Among the tunes, you will find the “Twelve Days of Christmas,” like you’ve never heard before. Rhonda calls upon some of her most famous Country music friends to join her in the celebration; including Dolly Parton, Willie Nelson, Charlie Daniels, The Oak Ridge Boys and more.

It was a dream of mine to create this celebrity version of the ‘Twelve Days of Christmas. As I started sharing my vision with family and friends, my bandmate Mickey Harris, began sharing his ideas, relating the line to specific artists. When I told him I had invited Dolly, he suggested she sing the line ‘Eight Maids A Milking.’ It was then I set to work to match artists with specific lines, and taking on the task of contacting each artist. Dolly was the first to respond, and the first to record. From there, it became a chaotic coordination of schedules, and a victory celebration with the completion of each artist’s contribution. I appreciate every artist that joined me in making this incredible dream come true – Rhonda Vincent.

The upbeat favourite, features vocal contributions from The Oak Ridge Boys, Willie Nelson, Charlie Daniels, Bill Anderson, Dolly Parton, Ronnie Milsap, Gene Watson, Lorrie Morgan, Pam Tillis, Jeannie Seely, Larry Gatlin, and EmiSunshine. Listen closely as each performer sings a line from the famous tune. Another highlight of the album is the “Christmas Medley,” which is the closing track of the album. For the first time, Vincent sings with only a piano, on a special arrangement of seven classics; including “We Three Kings,” “It Came Upon The Midnight Clear,” “The First Noel”, with ACM award-winner Michael Rojas.