Rhonda Vincent: All The Rage – Volume One 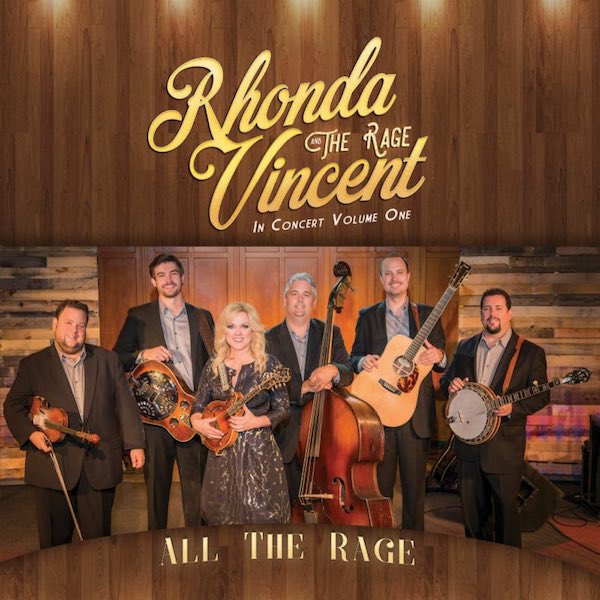 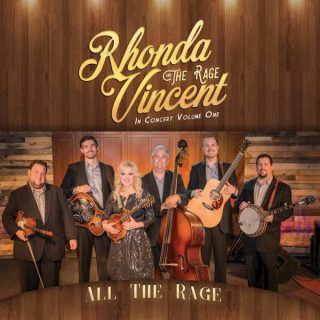 Rhonda Vincent, whom The Wall Street Journal has dubbed “The New Queen of Bluegrass,” is giving fans the opportunity to experience the most exciting show in the history of bluegrass music from the convenience of their living rooms, as captured in their new DVD/CD “All The Rage – Volume One.”

“All The Rage – Volume One.” features 14 songs, filmed live at Bethel University in McKenzie, Tennessee during a 60-minute concert setting, and will be available on both CD and DVD via Upper Management Music from today. For a limited time, anyone who pre-orders the project on rhondavincent.com will receive autographed copies.

I felt it was the right time to capture these amazing musicians at the height of their career. People always ask for a CD/DVD that perfectly represents what they hear us play on stage. All The Rage’ is completely what you see and what you get. The actual tones of the instruments, and exact timber of each voice. Authenticity is our top priority, and this project captures the incredible talent and skill, along with the passion and excitement of our live performances – Rhonda Vincent.

The full concert footage features Vincent on mandolin, along with world-class musician Rage members Hunter Berry (fiddle), Brent Burke (resophonic guitar), Mickey Harris (bass), Aaron McDaris (banjo), and Josh Williams (guitar). Each musician is at the top of their game, bringing their unique individuality, while also being featured in solo performances. Collectively their skills are simply unmatched, with several original songs, which further make this a one-of-a-kind presentation.

The band’s full set list includes a combination of fan favourites and classic hymns. There are several standout tracks on the project, with songs delivering the highest of highs and the lowest of lows. “Muleskinner Blues” features one of the biggest vocal performances of Vincent’s illustrious career, hitting some of her highest and longest notes to date. Another key highlight is the toe-tapping sing-along, “Kentucky Borderline,” penned by Vincent, alongside radio personality Terry Herd. Also featured on the project is a special live version of “I’ve Forgotten You,” a song co-written by Grammy award-winning songwriter Hillary Lindsey, who has penned tracks for superstars like Taylor Swift, Lady Gaga, Carrie Underwood, Little Big Town and more.

The CD and DVD will be exclusively distributed by Universal and will be available at general market stores, and wherever music is sold, including online retailers like iTunes, Amazon and RhondaVincent.com. Another way is by purchasing a copy at an upcoming show in your area (see remaining 2016 tour dates below).

Rhonda Vincent & The Rage On Tour:

Rhonda Vincent, dubbed “The New Queen of Bluegrass” by The Wall Street Journal, began her musical journey at the age of three, performing alongside her family members on what was called The Sally Mountain Show. She sang bluegrass as a teenager, then recorded a couple of mainstream country albums in the 1990’s, when makeup artists cared more about her looks than her sound. She was asked if she could “get the bluegrass out of her voice.” Confused and heartbroken, she put together her first bluegrass band, and found the most natural approach to her music was in the bluegrass realm.

In addition to being the most award winning band in Bluegrass music history, alongside her band The Rage, totaling over 100 awards, Vincent has also performed and recorded with the best of the best, including Dolly Parton, Willie Nelson, Keith Urban, Alan Jackson, Faith Hill, Martina McBride, Daryle Singletary, Richard Marx, Hank Williams, Jr. and more. In addition to being a 15-time “Entertainer of the Year,” Vincent has established herself as one of the most visible, best-selling artists in the genre, whose cross-over appeal stretches well into the mainstream media.