Reflections on the Adelaide Picnic in the Park 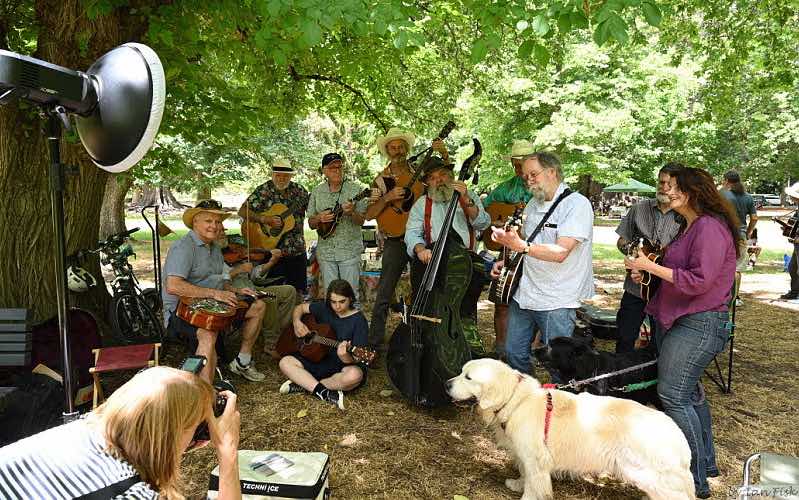 New Year’s Day for many Australians tends to be a lazy day (if they’re not working). People sleeping off the previous late night don’t tend to plan much, and musicians don’t anticipate playing in public much. That was the motivation, back in Adelaide’s 1990s, for my idea to tag the day and date for a special annual musical event. Most attractively, there was nothing formal about it. Simply – a place to play bluegrass (under century old trees behind Adelaide’s Botanic Gardens). No cost. No agenda. No set lists. No stage. No formal arrangements. Simply – come, bring your bluegrass instruments, include your non-musical friends, and share a picnic site for a day of fun – playing and sharing the bluegrass that you love. Over the years it’s been a successful event, perhaps because there’s no stress in planning it, or being part of it.

The site, the Botanic Park, is the place at which the WOMAD festival is held annually in March (except for the March 2021 event, because COVID-19 complications about social distancing among thousands of visitors mean that it’s to be held elsewhere for the first time). The bluegrass picnic does not have to manage those dilemmas. The lovely thing about the picnic is that the music in the park attracts lots of other visitors enjoying family picnics, and numbers of observers tend to swell as the music strikes up.
Of course, the weather can influence who turns up, and how many. Surprisingly, 1 January in Adelaide can see significant weather pattern variation on the day. We’ve had 40 degrees in the shade, with scorching wind, and we’ve had 15 degrees and slow drizzling rain. But on average the weather has been pretty good – between 25 and 35 degrees, in the form of Adelaide’s ‘dry heat’, which is easy on the instruments (and the players). 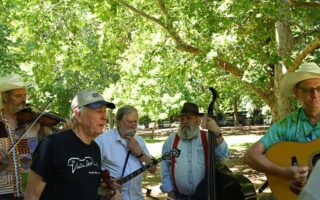 Over the years the event has attracted a wide range of musicians and instruments, some passing through from interstate. They bring repertoire material from different places and different eras, as occurs at the bluegrass festivals. Some visitors don’t play bluegrass at all, but love the music. However, most are familiar with the repertoire. Of course, others are diehard pickers who have played for decades. These players arrive early and leave late.

Over the years there have been suggestions for the picnic to be held more often annually – and anyone is free to organise just that if they wish. But New Year’s Day tends to work the best, because it’s a day when many folk are kicking around the house looking for something to do. And, as the old song goes, ‘the weather is easy’.
There’s no guarantee how many future years the picnic will endure, but with a track record of about 25 years, it’s established some sort of record already. 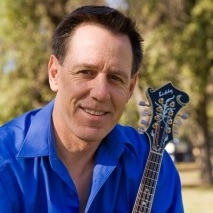 John Bridgland plays mandolin and is a member of Adelaide band Bluegrass Junction.