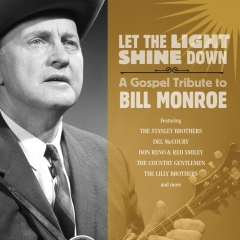 With Body And Soul and Let The Light Shine Down.

With Body And Soul and Let The Light Shine Down feature a total of 34 cuts, some previously unissued, as well as notes by distinguished writer and Monroe biographer Neil V. Rosenberg.

2011 marks the 100th Anniversary of the birth of Bill Monroe, creator of bluegrass, and without doubt one of the most important and influential figures in American music. In a career that began in the late 1930s, Monroe and his band, The Blue Grass Boys started a new genre of roots-based music. That musict not only influenced artists worldwide, from Elvis Presley on down, but effectively shaped or changed the lives of literally thousand of professional and amateur musicians.

It is hard to imagine a bluegrass band today that does not include at least a few of Monroe’s songs and tunes in its repertoire, and these two exceptional budget-priced collections just prove the ongoing strength and impact of his work. In its illustrious 50 year history, Rebel Records, has recorded numerous pieces that were written by or associated with the Father of Bluegrass Music and those songs are now played by other first and second generation stars such as Ralph Stanley, Don Reno & Red Smiley, Tony Rice and Del McCoury among many others. 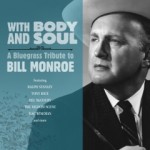 With Body And Soul

They are performed by many of the biggest names in bluegrass past and present, including Ralph Stanley, Mac Wiseman, Kenny Baker (teaming up with Monroe himself on “Road to Columbus”), Jim & Jesse, Don Rigsby and The Lonesome River Band, Del McCoury,  The Seldom Scene, Tony Rice, Bobby Hicks, Red Allen. 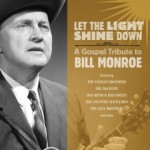 Let The Light Shine Down

Let The Light Shine Down presents 17 of Monroe’s finest gospel numbers, played here by such artists as The Stanley Brothers, The Country Gentlemen, Don Reno & Benny Martin, Larry Richardson, Dave Evans and Junior Sisk & Ramblers Choice among others. In addition, many of the cuts on these two CDs include musicians who were once Blue Grass Boys themselves, like Sonny Osborne, Carter Stanley, Bobby Hicks, Bill Keith, Richard Greene and Peter Rowan.

Both volumes include previously unissued recordings as well as superb, extensive song notes by well-known Monroe biographer Neil V. Rosenberg. As he comments, “these musicians not only preserve the feeling and content of Monroe’s repertoire, they reflect his belief that every musician should place a personal stamp upon each performance.

With Body and Soul: A Bluegrass Tribute To Bill Monroe

Let The Light Shine Down: A Gospel Tribute To Bill Monroe