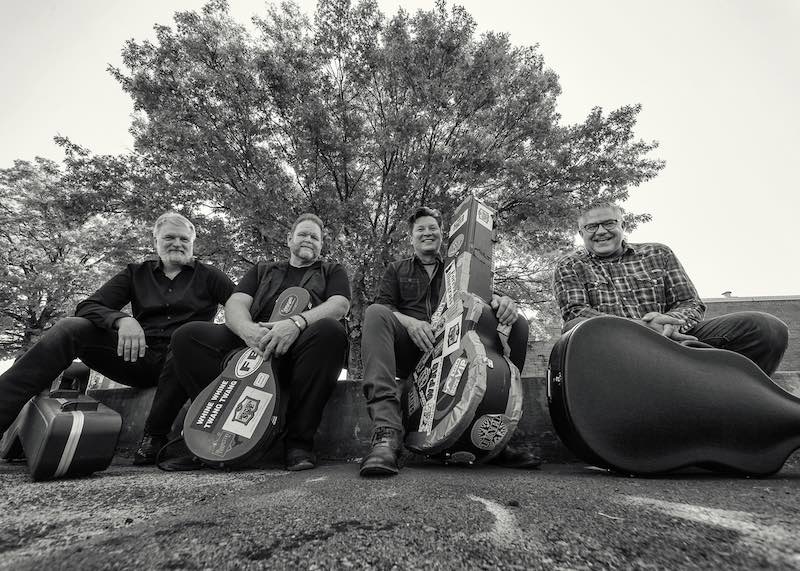 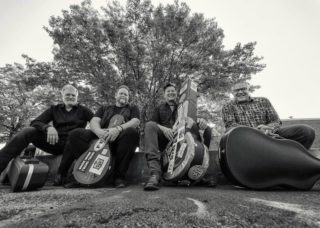 Rebel Records signed up bluegrass supergroup Band of Ruhks to its artist roster. The band has just finalised its second recording, their first in four years. The Rebel debut, Authentic, is due out this Fall with a single to be released in August.

Comprised of Ronnie Bowman (bass), Kenny Smith (guitar), Don Rigsby (mandolin) and Brian Fesler (banjo), these gentlemen have made timeless music together and separately for decades. All of them are bluegrass veterans with proven track records, and each member has had a long standing relationship with Rebel Records.

We are thrilled to be working once again with these outstanding musicians. We have always appreciated their individual contributions to the bluegrass world, and it now gives us great pleasure to work with them collectively – Mark Freeman, President of Rebel Records.

Award-winning vocalist and songwriter Ronnie Bowman rose to prominence through recordings he made for Rebel. He got his start with Allen Mills and the Lost & Found and was a member of the Lonesome River Band when they recorded their landmark album Carrying The Tradition (REB-1690). In 1995, he released his first solo project Cold Virginia Night (REB-1704), which won IBMA’s Album of the Year and Song of the Year (for the title track) that same year.

Known for his dazzling guitar work, Kenny Smith put out four stellar albums on Rebel with his talented wife Amanda Smith during the first decade of the new century, including three secular albums and a gospel release, Tell Someone (REB-1821). Kenny Smith is excited to share the band’s newest effort with the bluegrass community.

Sparked by Ronnie’s challenge to write our own album, the end result was something uniquely inside of all of us! This collection of mostly new original songs came to life under Ben Isaacs’ direction and Rebel Records’ commitment to releasing new and authentic bluegrass – Kenny Smith.

Mandolinist Don Rigsby’s career has led him to cross paths with first-generation pioneers as well as the millennial generation as a singer, songwriter, producer, teacher and historian. Rigsby has enjoyed a fruitful association with Rebel dating back to when he fronted the band Rock County who released two albums for the label in the early 2000s. More recently, he has recorded three solo albums for Rebel including Doctor’s Orders (REB-1841), the very successful all-star tribute to his hero Ralph Stanley.

We told modern stories in the tradition of real bluegrass – true, fresh and exciting. I’m very happy to be a part of it and happy to be back on Rebel, home to so many of my favorite artists over the years – Brian Fesler.

Band of Ruhks’ highly anticipated, sophomore album will be released this Fall. With ten out of the twelve songs being originals from the band, Authentic is sure to please lovers of traditional bluegrass.

More Information is available at: