Rebel Records has announced the release of new anthologies on John Duffey and the McPeak Brothers, plus a Second Volume of Larry Sparks Gospel coming June 7

Rebel Records has issued three new and important CD compilations from its extensive vaults. The 7th June will see the release of superb collections by Larry Sparks, the McPeak Brothers and the late John Duffey.

John Duffey is recognized as probably the single most important figure in the history of contemporary bluegrass music, known not only for his great tenor voice but for his ability to select and arrange material that appealed to both traditionalists as well as a new, emerging young crowd. As a founding member of both the Country Gentlemen and Seldom Scene, most of Duffey’s recorded work was in a group context. But he also cut the occasional solo, and Rebel has gathered up 15 of these gems that show John in his prime and at his best. Some of the songs featured on The Rebel Years: 1962-1977 include memorable Gents recordings like “Bringing Mary Home,” “This Morning at Nine” and “Girl from the North Country” as well as the Scene’s “Reason for Being” and “Small Exception of Me.” In addition, two early Country Gentlemen classics – “The Young Fisherwoman” and “The School House Fire” – make their debut on a Rebel CD for the first time. 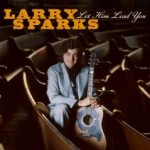 Let Him Lead You is another superb CD of vintage Larry Sparks gospel. Designed as a companion piece to the popular Old Church Yard album from a few years back, this new budget-priced collection includes many of Larry’s finest gospel recordings from his King Bluegrass and early Rebel days and contains eight songs that have been previously unissued on CD. “Going Up Home To Live In Green Pastures,” “Snow Covered Mound,” “Gospel Train” and “Gonna Be Movin'” are just a few of the memorable performances featured here. The 14 songs were recorded between 1974 and 2000, and include such illustrious names as Ricky Skaggs, Dave Evans, David Harvey, Mike Lilly, Tommy Boyd and Barry Crabtree as either group members or guests. The set is enhanced by a fine set of notes from artist and radio personality Chris Jones, himself a big Larry Sparks fan.

Between 1977 and 1983, the McPeak Brothers recorded three LPs for the County and Rebel labels, showing off a stellar trio sound that made even Sonny Osborne take notice and made an instant impression on the bluegrass world. With an imaginative choice of songs and perfect accompaniment that included work by a great fiddler Jim Buchanan and picking by Ricky Skaggs and Jerry Douglas, in the very early stages of their amazing careers, the Virginia-based McPeaks put down over a dozen songs. These have become much played and copied classics like Lost River, Shellly’s Winter Love, Simon Crutchfield’s Grave, The Last Time and Louisa Branscomb’s Steel Rails — basically every cut here is a treasure. The recordings on Yesteryears: Best of the McPeak Brothers have been out of print for over 20 years—make a very welcome return to the bluegrass library.