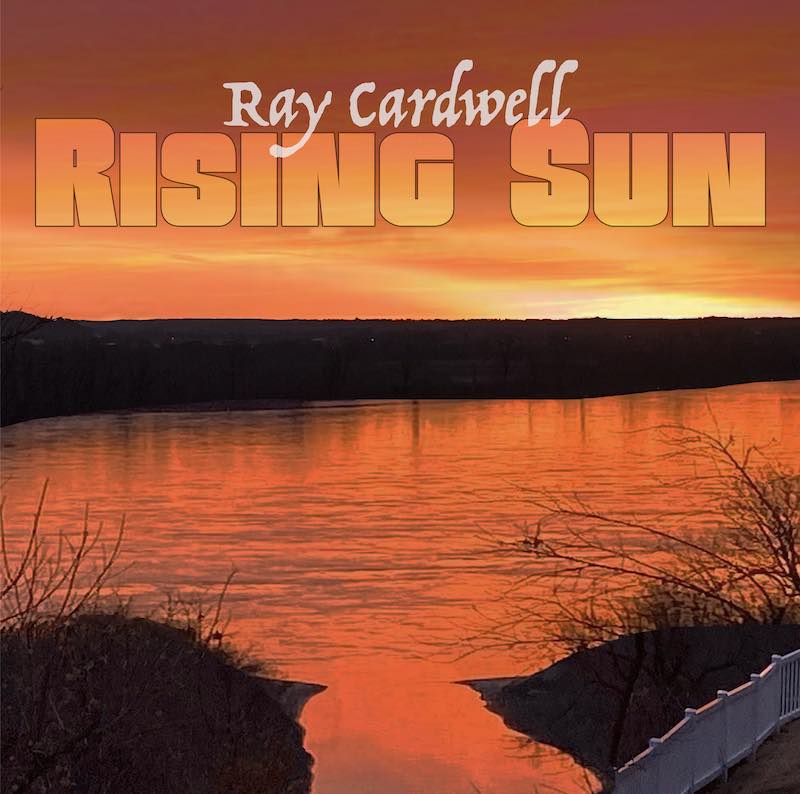 Ray Cardwell is back with his brand new inspiring single, Rising Sun. Co-written by the Missouri native alongside songwriting veteran Louisa Branscomb, the track serves as the first release from the forthcoming album Just A Little Rain, with Bonfire Music. The straight-ahead Bluegrass album includes 10 new recordings, and is set for release on 25th September. The entire collection was produced by Bluegrass mainstay and Grascals mandolinist Danny Roberts.

Fans can download and stream Rising Sun here.. Check out the lyric video below.

This is the first song I’ve ever written with Louisa. I knew her of course from her awards and reputation as a skilled songwriter. I really love getting a chance to write with another songwriter. It’s good for new ideas, and when people hear a song I wrote and add to it, making it into something else, that’s when I get excited. That’s the creative collaboration I live for. Louisa’s lyrics were spot on and conversation-like. We just musically talked out all our fears, frustrations and hope – Ray Cardwell.

With so much chaos and uncertainty looming in the world, Cardwell channeled that feeling to deliver a COVID-19 message of inspiration. With deep lyrics like, “the sun will rise like it always does, like a promise from the Lord above” the takeaway is clear. It ends with the main point from the track, which is that “the rising sun will set us free.” The single, along with the entire project, was recorded in Nashville at Scott Vestal’s Digital Underground.

I guess I’d just say that the situation has either invited or demanded that we grow and change very suddenly and take new risks and live creatively. I am a private writer, I don’t co-write much, but I was so glad I took the risk and messaged Ray about something I said on Facebook that I thought would make a cool song and we just jumped in and did it! And got to know each other in the process and it’s one of those unexpected small blessings in the middle of all this – Louisa Branscomb.

When Just A Little Rain becomes available later this year, fans can expect Cardwell to pick up right where he left off. In addition to the lead single, the chart-topper’s powerful four-octave voice is on display from start to finish. Standout cuts like the title-track serve as a constant reminder of the singer’s staying-power. Getting his start performing regionally with The Cardwell Family in the Show-Me State, the collection of tracks were heavily inspired by the singer’s humble upbringing, which included stops at venues and Bluegrass festivals throughout the 70s and 80s, along with performing as a member of New Tradition in the 90s. The album closes by showing a softer side of Cardwell in Constant State of Grace, which is a heartfelt ballad about moving on. From start to finish, Just A Little Rain is a reminder that even in the darkest of times, things will always get better.

The upcoming album serves as the follow-up to Ray Cardwell’s critically-acclaimed sophomore release, Stand On My Own. The project produced three No. 1 hits on the Bluegrass Today airplay charts, while multiple singles spent several months in the Top Ten on the Grassicana Weekly Airplay Chart. Two of the tracks, Hurricane Rain and Alright both finished in the Top Five songs on the Grassicana charts for the entire year of 2019.

As more details emerge on the forthcoming album, fans can stay up to date with all things Ray Cardwell by visiting his official website to find latest updates, news stories and more.