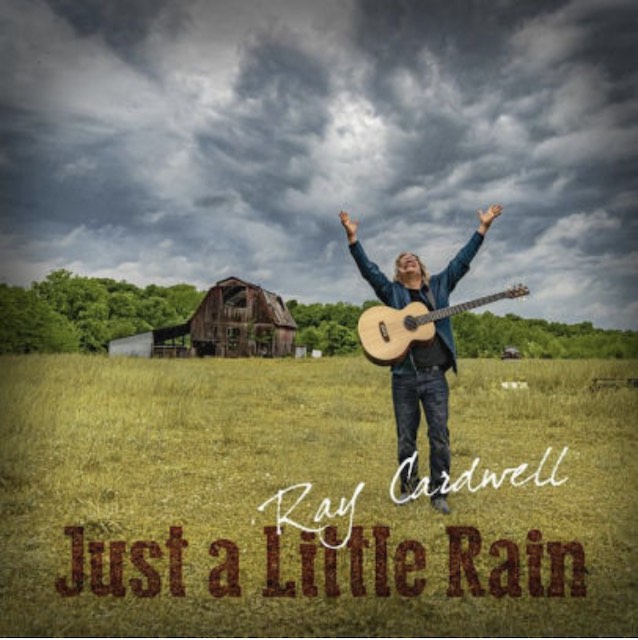 Inspired by decades in the business performing and touring, the collection features 10 new recordings, all showcasing Ray Cardwell’s powerful vocals and songwriting virtuosity. In addition to the project’s first two singles Rising Sun and Born To Do, the full album is now available for purchase and streaming from this link..

I can’t believe the third record is out. I’m really excited for everyone to hear it. Just A Little Rain was produced by Danny Roberts of the Grascals. My old buddy from the New Tradition days. I also want to give a special shout out to all of the guest songwriters on the record who helped make this possible – Ray Cardwell. 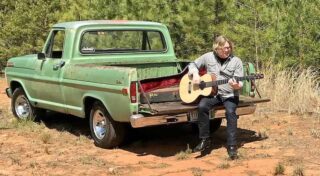 Serving as the follow-up to the critically-acclaimed Stand On My Own, the new record picks up right where the previous effort left off. The current single Born To Do is a clear testament, recently hitting No. 1 on Bluegrass Today’s Grassicana Airplay Chart earlier this month. It marks the singer’s first trip to the top spot since the fall of 2019. The upbeat hit is a hard-driving bluegrass tune that stays true to Cardwell’s humble beginnings in the genre. This feel-good anthem features the empowering lyrics, “It’s a hard hard life, but it’s the one I choose. I’m just doing what I was born to do.”

Released through Bonfire Music Group, the project takes the next step in the career of the Missouri native, who ventured new levels, teaming up with top songwriters like Louisa Branscomb, Daryl Mosley, Danny Roberts, Rick Lang, Stephen Mougin, Irene Kelley, Darrell Scott and more (see track listing below). Standouts on the project include the title cut Just A Little Rain” written by Lang / Rich Schleckser. The hitmaker also finds his groove with an epic remake of the song Take Me To The River, made famous by Soul legend Al Green. To celebrate the release, Cardwell gave music fans a special surprise, premiering the song a day earlier exclusively on Vents Magazine.

In addition to lead vocals and bass by the Missouri native, the album features Danny Roberts on mandolin, Adam Haynes on fiddle, and Tony Wray on banjo and acoustic guitar, plus Jaelee Roberts singing tenor vocals. It was engineered/mixed by Scott Vestal at Digital Underground Studio. All combined with Cardwell’s powerhouse vocals, the project includes a who’s-who lineup of talent in the Bluegrass / Americana genre.

Getting his start performing regionally with The Cardwell Family in the Show-Me State, the collection of tracks were heavily inspired by the singer’s musical upbringing, which included stops at venues and bluegrass festivals throughout the ‘70’s and ‘80’s, along with performing as a member of New Tradition in the ‘90s.

To keep up with all things Ray Cardwell, fans can visit the singer’s official website, to find updated tour dates, news stories, music and more.