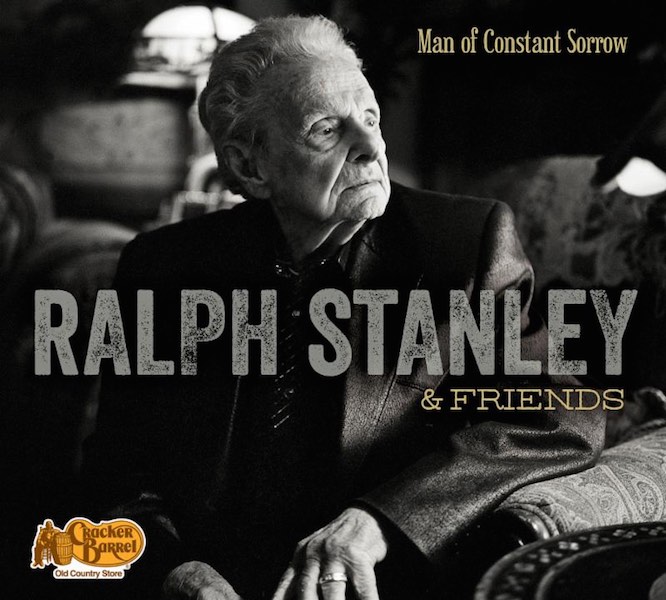 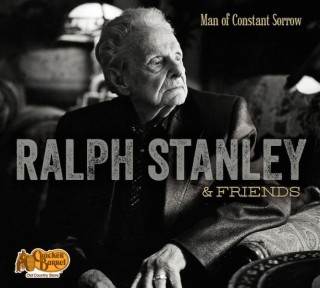 I have always enjoyed performing with other musicians ever since my older brother Carter and I started playing music together when we were kids. I am excited to share these collaborations with such wonderful artists with our fans. So many of my fans are regular visitors to Cracker Barrel, so I’m happy to have my project available exclusively there so they can find the CD in one of their favourite locations – Ralph Stanley.

Cracker Barrel is honored to offer this album featuring the legendary Ralph Stanley and a variety of talented artists through our exclusive music program. Many of our guests are huge bluegrass fans and we know they will enjoy this once-in-a-lifetime album – Cracker Barrel Marketing Manager Julie Craig.

The 13 songs on Ralph Stanley & Friends: Man of Constant Sorrow are:

Stanley was born in 1927 in Big Spraddle, Va. He learned to play banjo from his mother when he was a teenager. After graduating high school and serving in the U.S. Army, he joined older brother Carter in creating the Clinch Mountain Boys and began performing on local radio stations and at regional venues. After Columbia Records signed them, they become known as The Stanley Brothers and went on to record such classics as “Angel Band,” “Little Maggie” and their signature tune, “Man of Constant Sorrow.” During this time, he developed a unique style of playing the banjo that became known as “Stanley style.”

After Carter died in 1966, Stanley continued to perform and record as a solo artist. Though the years, he helped mentor several future bluegrass and country music artists who performed in his band before embarking on solo careers, including Ricky Skaggs, Larry Sparks and Keith Whitley.

In 1976, Stanley received an honorary doctorate from Lincoln Memorial University in Harrogate, Tenn., and he has been known as “Dr. Ralph Stanley” ever since.

He was presented with the National Heritage Award by President Ronald Reagan in 1984, elected into the International Bluegrass Hall of Honor in 1992 and inducted into the Grand Ole Opry in 2000. His performance of “O Death,” featured in the movie “O Brother, Where Art Thou?,” earned him his first Grammy Award in 2001 for Best Male Country Vocal Performance. The soundtrack album for that movie also earned Stanley both a Grammy Award and a CMA Award for Album of the Year.

His album Lost in the Lonesome Pines earned Stanley his third Grammy Award in 2002, this time for Best Bluegrass Album. His performance of “Me and God” with Josh Turner received an ACM nomination for Vocal Event of the Year in 2006. That same year, he received two major honors: the Living Legend Award from the Library of Congress and the National Medal of Arts from President George W. Bush.

He released his autobiography, Man of Constant Sorrow in 2009. Stanley received a second honorary Doctorate of Music degree from Yale University on May 19, 2014, and was elected as a fellow in the American Academy of Arts and Sciences on Oct. 11, 2014. For tour dates and more information, visit drralphstanleymusic.com.

Cracker Barrel Old Country Store, Inc. provides a friendly home-away-from-home in its old country stores and restaurants. Guests are cared for like family while relaxing and enjoying real home-style food and shopping that’s surprisingly unique, genuinely fun and reminiscent of America’s country heritage…all at a fair price. The restaurant serves up delicious, home-style country food such as meatloaf and homemade chicken n’ dumplins as well as its made-from-scratch biscuits using an old family recipe. The authentic old country retail store is fun to shop and offers unique gifts and self-indulgences.