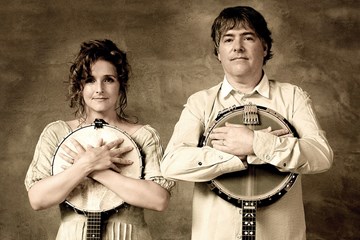 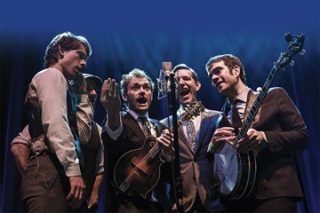 Thanks to Michael Murphy in Adelaide for bringing my attention to the following concerts which are being featured as part of the Adelaide Guitar Festival.  The 2016 festival will feature the Punch Brothers along with Bela Fleck and Abigail Washburn.

Punch Brothers made a grand impact on Adelaide in 2012. Four years on, and with a fresh Grammy nomination for their latest record The Phosphorescent Blues, they have taken their deserved place amongst the most respected ensembles in American music. The quintet’s deep focus on the texture of each song has produced a body of work at once filled with the rich whiskey and rye flavour of traditional bluegrass, and a wonderfully impassioned, celebratory upbeat contemporary sound.

A banjo duo might seem like a musical concept beset by limitations. But when the banjo players cast in those roles are Abigail Washburn and Béla Fleck it is a matter of course. Abigail Washburn has an earthy sophistication of a 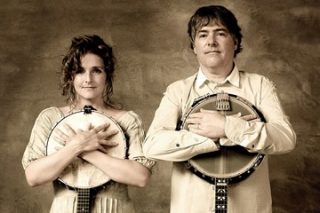 postmodern, old-time singer-songwriter while Bela Fleck delivers the virtuosic, jazz-to-classical ingenuity of an iconic instrumentalist and composer with bluegrass roots. There’s no denying that theirs is a one-of-a-kind pairing with an enormous expectations.

Fleck, a fifteen-time Grammy winner, has devoted time away from his standard-setting ensemble Béla Fleck and the Flecktones to a staggeringly broad array of musical experiments, from writing a concerto for the Nashville Symphony to exploring the banjo’s African roots to jazz duos with Chick Corea. In the mean time Washburn has drawn critical acclaim for her solo albums, done fascinating work in folk musical diplomacy in China, presented an original theatrical production, contributed to singular side groups Uncle Earl and The Wu-Force and become quite a live draw in her own right, the two of them decided they were ready to craft their debut album as a duo, Béla Fleck & Abigail Washburn.