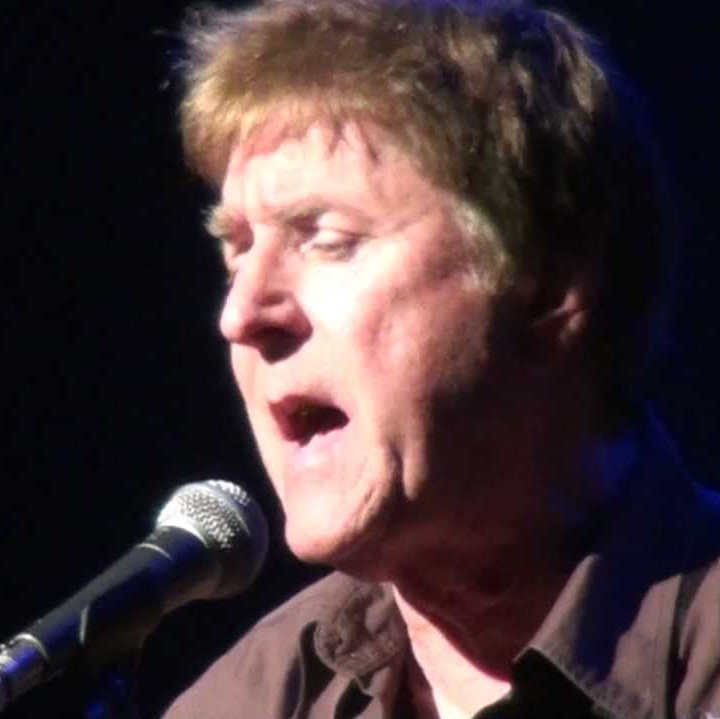 Trev Warner hails from South Australia and like others in Australia has made some major contributions to the ongoing development of Bluegrass music in Australia.
Having grown up in South Australia’s Riverland, he was listening to country music as far back he can remember. Those days featured artists included Hank Williams, Jimmy Rogers, The Carter Family, Slim Dusty and there were many others.
Around 1955, Trev’s family moved to South Australia’s capital city Adelaide, and it was there that he first discovered Bluegrass Music after hearing Flatt and Scruggs and The Stanley Brothers on some 78 recordings that he purchased one Saturday morning while in a record shop. Listening to this music was a life changing experience for him he recalls. He was already playing guitar but immediately went off in search of his first 5-string banjo which he found and learned to play from the now famous Pete Seegar book How To Play The Five String Banjo. This book had a small section on Scruggs style bluegrass picking. It was also about this time that Trev saw the Hayes Brothers perform on the television show The Country and Western Hour which screened weekly on Channel 9. 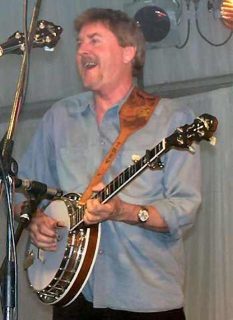 Trev credits The Hayes Brothers – who are sadly no longer with us – as the being the first musicians to play bluegrass music in Australia. By watching them Trev was inspired to form his own bluegrass band which along with himself, consisted of Rick Adams and Dennis Siddall. They performed as Trev, Rick and Dennis, and had regular appearances on The Country and Western Hour as well as Channel 7’s Country Style.
During the mid 1960’s Trev began to correspond with Tut Taylor, a flat picking Dobro player from Nashville in the USA. Tut came out to Australia and spent two weeks with Trev in Adelaide. They played lots of music together and during this time Trev learned a great deal about bluegrass music. Later on in 1970, Trev and his wife traveled to the USA for the first time and enjoyed Tut Taylor and his family’s hospitality in Nashville. This was the beginning of Trev’s great bluegrass adventure. Tut Introduced him to Bill Monroe, Don Reno, Jimmy Martin, Norman Blake, JD Crowe and many other Bluegrass greats all of whom he was fortunate enough to see and enjoy them perform live.

Being exposed to the real thing was such an exciting and valuable experience for hem as ha had made so many friends both musicians and bluegrass fans many of whom he is still in touch with. Tut Taylor opened so many doors for Trev which he is grateful for even to this day. 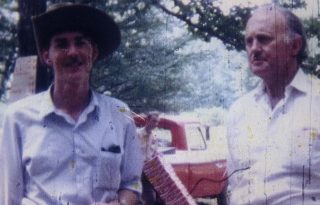 In 1984 Trev and his son Kym attended Camp Bluegrass at South Plains College in Texas where they met and got to study and learn from Alan Munde, Joe Carr and Lynn Morris. Later in the camp they also got to perform with them and Trev recalls that being along side such great bluegrass players was most beneficial, enjoyable and very memorable for both he and his son Kym.

Trev has been a major part of the great Australian Bluegrass scene, having worked and recorded with Karen Lynne, The BLuegrass Allstars featuring Rod and Jeff McCormak and Mick Albeck, The Davidson Brothers. More recently Trev was honoured to perform on Paul Kelly’s Foggy Highway bluegrass album.

In 2000, together with Kym, he recorded a bluegrass album entitled High Rollin’ Bluegrass. This is an album both Trev and Kym are extremely proud of. It was nominated for Best Instrumental at the Tamworth Golden Guitar Awards. As well as winning two Golden Guitar Awards for Best Instrumental at the Tamworth Country Music Awards, Trev was also awarded three National Bluegrass Banjo Championship titles in 1980,  1996 and  1997. 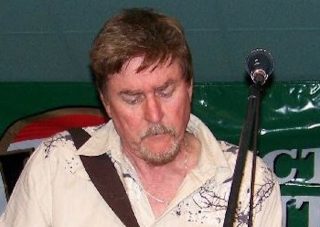 Trev’s son Kym, together with his wife has Carol Young has moved on to form their own band The Greencards who are enjoying great success in the USA. Based in Nashville they perform at all major festivals across the USA and had recorded five albums. They have received two Grammy nominations their album The Brick Album features guest tracks with Vince Gill and Sam Bush.

It is amazing to think that Bluegrass music was created on such a small stringed instrument like the mandolin of which Bill Monroe was the architect. He created the music out of his family heritage, particularly from listening to his uncle Pendelton Vandiver, who was a competent old-time traditional fiddle player after whom he named the famous bluegrass song ‘Uncle Pen’.

Just as important to the creation of that bluegrass sound was the genius of Earl Scruggs’s banjo playing. Although the music has evolved over the years, one can still hear all the original idiosyncrasies put in place by Monroe and Scruggs.

Also important and influential were The Stanley Brothers with their own individual style of mountain music also referred to later as Bluegrass – Trev Warner.

Trev has as much enthusiasm for Bluegrass music today as he did when he started playing music. Along with his current band Bluegrass Junction featuring Nick Cawthorne on guitar, John Bridgeland on mandolin, Geoff Bridgeland on banjo and Trev of Fiddle and Dobro, he is still very active in the Australian Bluegrass scene.