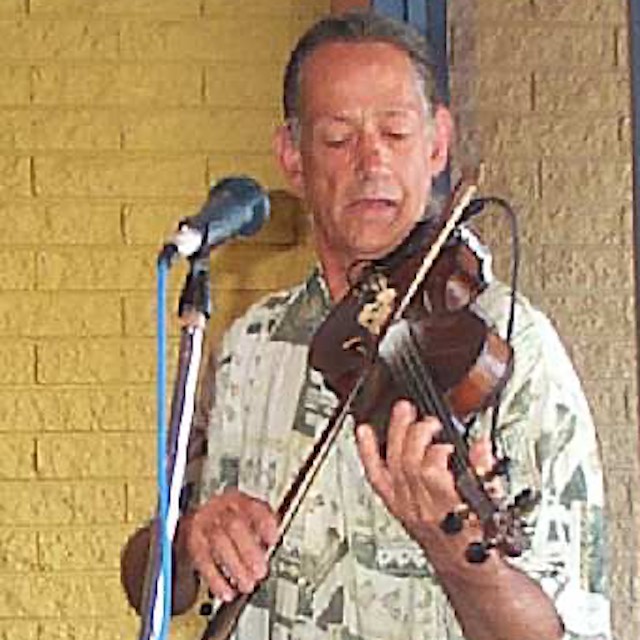 The following article from a magazine “Our Kinda Country” – June 1974, was provided by Doug Wallace of Melbourne.

The Promised Band is a group of four very talented musicians whom you will be seeing and hearing much more of during the coming months. The four members of the group are Peter Hayes, Harold Firth, Bernie O’Brien and Doug Wallace, all of whom have a vast amount of experience in Country Music as well as most other facets of music.

The leader of the group, Peter Hayes was born in England at Henley-on-Thames, and has crammed a wealth of experience into his 28 years. Peter, of an Irish father and French-Dutch-Ceylonese mother, arrived in Australia in his third birthday. Seven years later, whilst living in Bacchus Marsh, Peter’s mother gave him a button accordian. A couple of years later, Peter met Ricky Diamond, who taught him a couple of chords on the guitar. Peter then went on to the Victorian Banjo Club and studien guitar for a short while.

Following this, Peter and his brother Mike joined a Concert Party with John Johns known as “The Semi rocks” – after a while Peter and Mike worked as a duo.

They met Kevin Emmerson, who suggested they form a Bluegrass (band) as Peter had started teaching himself to play the five string banjo. The boys took the suggestion up and the Hayes Brothers & The BLuegrass Ramblers” emerged and their first big appearance was 3UZ’s Hootenany in 1963 with Johnny Chester, The Seekers and many others. This was (then) followed with regular appearances on the Adelaide television series “The Roger Cardwell Show”. which later became “The Reg Lindsay Show”. The group recorded two albums, an EP and a single with W & G Records, and backed folk singer Doug Owen on record.

During this time, Peter made numerous appearances on 3DB’s Country & Western Show and whilst in Adelaide met the DeKroo Brothers. When Leo (DeKroo) married Judy Stone, Peter teamed up with Doug (DeKroo) and for some time was a DeKroo Brother.

During the time of the Bluegrass Ramblers, when there wasn’t a great deal of work for this type of group, Peter took to wandering around the country. He spent several months in Brisbane, where he played a number of clubs and recorded for Ray Rumble’s Sunset Label. He later went to Sydney and looked up Reg Lindsey, whom he had known by working on his Adelaide TV series. At this stage, everyone in Sydney was preparing to record prior to setting out on the road and Peter did session work with Reg Lindsay, Shad Morgan Eddie Tapp, RIck and Thel and many others. This led Peter to touring with “The Rick and Thel Show”.  He left the show in Townsville where he stayed for a while doing gigs with Charlie Bellert’s brother, Fred.

In late 1969, The Bluegrass Ramblers disbanded and Mike went to Darwin where he joined the ABC. Peter didn’t do anything of much significance for quite a while until local Lionel Rose called him and asked him to go on tour as his bass player. The tour was with Ashton’s Circus and with Lionel and Peter were Laurie Allen and Mike Lynch. Following this tour Peter worked floor shows with Laurie Allen and then he toured Australia with Red Sovine.

After the Red Sovine tour, Peter played with a number of groups around Melbourne, including Merve Lowry’s Country Ramblers and Ray Moore’s Nashville Sounds. Peter then worked for quite a while at the Epping Hotel with Nite Trane along with Laurie Allen, Tony Lee and Harry Firth. He then joined Tony Tapp’s group Stockade for a short while before returning to Nite Trane.

Laurie Allen left Nite Trane to go to Sydney to become one of Col Joye’s Joy Boys and Mike Hayes, who was on holiday, filled in until Bernie O’Brien came into the group.

Following the split up of Nite Trane, Peter joined a honky-tonk band, The Light Brigade, which took him on to the Sydney club circuit and regular appearances on HSV7’s Penthouse Club. During this time Peter took three weeks off to tour Australia with The Slim Whitman Show. He stayed with The Light Brigade until he formed the present group The Promised Band, and is settling down and beginning to realise his ambition, which is to play good country music with good musicians. Peter has a flair for producing and arranging record sessions and this is somnething he will be doing in the not too distant future, so you can all look forward to some top-class Country Music record releases.

Mulit-instrumentalist Doug Wallace, was born in Bedford, England, during an air raidin 1942. Doug’s Scottish parents were both musical – his father playedviolin and his mother was involved with the Highland Dancing Society and played piano and sang with Jimmy Shand’s Band. Doug was given his first instrument when he was four years old; it was a small drum. He later played drums in his mother’s group and on occasion had the opportunity of sitting in with Jimmy Shand’s Band.

At secondary school Doug was the drummer in the Sea Cadets Corp and each year he with an old piper to the Tomb of the Unknown Soldier at St. Neots near Cambridge.

When Doug was in his teens, Bill Haley hit and he joined a rock ‘n’ roll group. Doug then became interested in jazz music, and at the same time his parents decided to move to Australia.

After arriving in Australia, Doug became an apprentice commercial artist. At the same time he continued with his music and began learning to play guitar. Doug then joined a group and played skiffle nd folk and later teamed up with the Hayes Brothers & The Bluegrass Ramblers with whom he recorded.

Doug has made several appearances on The Roger Cardwell Show and has backed Michael Cook, The Durdins and Shirly Jacobs on record and playedfiddle and took part in the Hawking Brothers’ first Melbourne Bitters commercial and filled in with The Hawking Brothers on drums for three months at one time when Joe Attard wasout of action. Doug also fills in every so often with Orange Blossom.

Doug has a variety of hobbies and interests. He grows his own vegetables and is in the process of building furniture and gets constant amusement from his daughter Kirsty who is nearly two years old.

Bernie O’Brien, the group’s lead guitarist was born in 1943, and he played in a variety of groups.He has always wanted to be a part of a good Country Music Group, an ambition that he has now achieved.

Bernie’s musical career began when he studied classical guitar t the age of ten or eleven. At this time Hank Williams and Slim Whitman were favourites of Bernies. But when people like Buddy Holly came on the scene he changed his style.

In his mid-teens Bernie joined a group called The Centurions, which eventually became The Rondells. This group becan backing Bobby & Laurie on stage and the television show Go, and also backed them on records for the Go label. This led to the group touring the country for about twelve months.

After The Rondells broke up, Bernie worked with a number of people including a few recording sessions with Merv Benton. He then joined the Tamlas who are now The Jig Saw for a while.