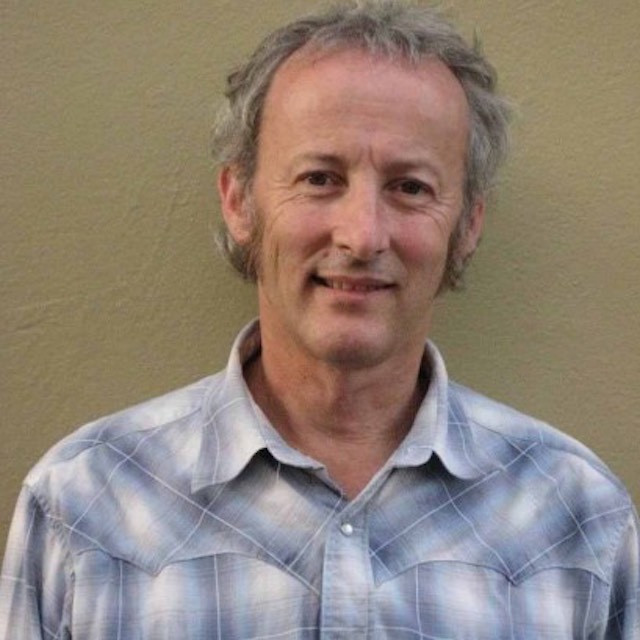 Peter was born in Melbourne, Victoria where he still lives. He was a comparatively late starter as a musician, taking up guitar at 20 years old. It was not long before he heard the bluegrass records, Old and in the Way and Bill Monroe Live at Bean Blossom Festival and got hooked on learning the banjo. Peter spent many hours slowing records down to work out what notes were being played.

A few months later Peter had formed his first  bluegrass band with some friends and they called themselves, Highly Strung. In the early 1980’s had also joined the Blue Mountain String Band which was based in Geelong and they played many pubs and private functions. They also played a variety of music from bluegrass and country to pop songs, as well as a bush band repertoire for dances.

Peter started teaching banjo after only a couple of years playing. While playing on his veranda one day a passer-by and asked if he gave lessons; he has been busy teaching ever since.

In 1985 Peter met an American who sang and played guitar and was living in Australia. His name was Gary Forrester and they discovered they shared a love of The Stanley Brothers and formed the band The Rank Strangers. Gary soon started penning high-quality original material and the band released three recordings: Dust on the Bible in 1987, Uluru in 1988, and Kamara in 1989. They played some festivals around the country, including Port Fairy and Tamworth, and in September 1989 did a five-week tour in the US performing at many festivals, including the International Bluegrass Music Association (IBMA) convention in Kentucky.

Peter continued to play in various bands during the 1990’s and did some session work for TV commercials as well as playing in other bands. In the late 1990’s he became a founding member of Uncle Bill, which released three CDs, Special Treatment, One day at Adelphia and Heartbreak Train. In 2000 Uncle Bill recorded the acclaimed Smoke album with one of Australia’s most noted songwriters Paul Kelly. After Uncle Bill, Peter formed his own band The Somervilles who released one CD, Love, Loss and Murder.

In 2007 Peter was offered a 3 month gig in Japan. He gleefully resigned from his part-time job as a disability carer and has been a full-time musician ever since. The band he formed for Japan was called The Dixie Hicks, a trio with Paul Gadsby and Tracey Miller. They played 3 or 4 spots a day on a paddle steamer on Lake Biwa as part of a slightly surreal Old South-themed cabaret-style entertainment show. Between shows Peter spent much time pursuing his new passion, clawhammer banjo. Despite the surreal elements, The Dixie Hicks returned to Japan in 2008 for another 3-month stint on the steamer.

Since the Japan trips, Peter has continued to play regularly in several bands: The Pheasant Pluckers, Oh Sister, and his own band, Tarnation, plus filling in with other bands here and there. At this point in his career he’s played on some forty to fifty recordings. He’s also busy teaching privately and at banjo camps and festivals. Peter also plays Dobro, guitar and fiddle but banjo remains his number one passion.

Last year Peter compiled a book of his own arrangements, with CD: Celtic and Australian tunes for Five String Banjo. His current weapon of choice is a Deering Maple Blossom arch top.