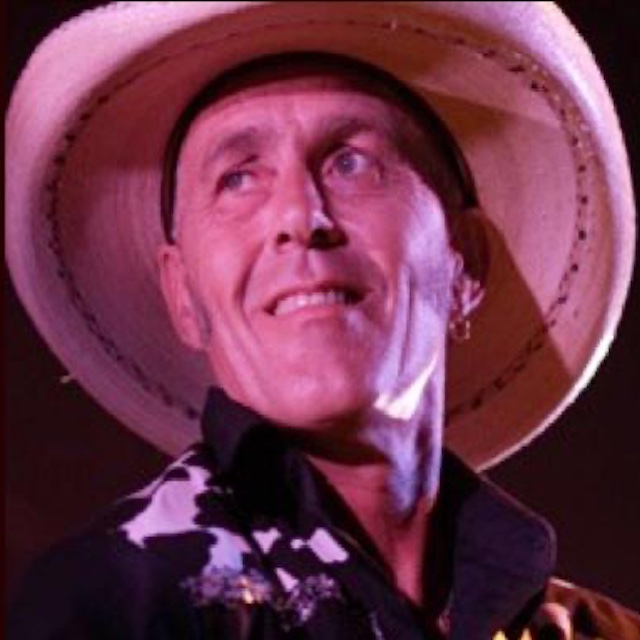 Jim Fisher was born in Perth, Western Australia. As a child he had lived on different continents, traveling to and from the UK by ship twice by the time I was 12. His second stay in England was in the time of the Beatles, 63 – 66, and the whole music scene of the time became his life. He returned to Australia and at the age of 13 began teaching himself guitar. He has been playing in bands since he was 15 years old. He is widely regarded as the founder of the bluegrass scene in Western Australia, he has influenced many fine musicians who have gone on to their own success.

While he has performed ably as a sideman for top acts, it is as a front man that he shines, known for his quick wit and the enthusiasm he shares with other musos and the audience.

Referred to often in Western Australian press as the living legend, Jim has defied industry trends and his own health problems to remain a commanding performer, a respected musician, singer, writer, instrumentalist and ultimately as an entertainer. Those outside the Western Australian scene would be more familiar with Jim’s work as Calamity Jim of the hugely successful comedy lineup, The Sensitive Newage Cowpersons.

Jim first heard contemporary, country music in 1974. This led him, step by step, to bluegrass music. The compilation album Will The Circle Be Unbroken by the Nitty Gritty Dirt Band, opened his mind to fiddle, mandolin and Dobro all of which he now plays, as well as guitar.

Jim says he was more excited by Ralph Stanley of the famous Stanley Brothers sounds than most other he had heard and came to love bluegrass singing and harmonies.

On stage, Jim plays a 1974 D28 Martin guitar. His mandolin is a locally made 1996 ‘Duff’ F5. His Dobro was made in 1937. Jim says his fiddle is nothing flash but sounds just great. He also plays electric guitar, though not very often these days along with a Fender Telecaster which he bought nearly 35 years ago.