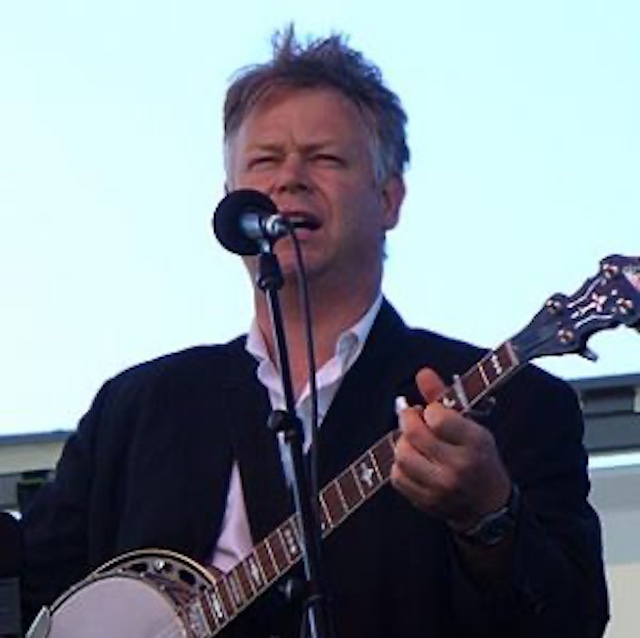 Ian (Simmo) Simpson was born in Fremantle in Western Australia. He started playing classical piano at 8 years of age, being taught by his grandmother who was a piano teacher.  At about the age of 13 Ian heard The Wreck of the Old 97 and the banjo solo by then famous folk ensemble The Seekers. This was the defining musical moment in his life, he became obsessed with learning to play the banjo, and started teaching himself to play from listening to records slowed down to 16 rpm and learning out of the very few books that were available at the time.

A couple of years on, at the age of 15, Ian met Western Australia’s seasoned bluegrass musician Jim Fisher, and before long he was playing evenings and weekends in bands such as the Outlaws and the Bluegrass Kangaroos in Perth pubs, folk clubs and taverns while he was still at school. 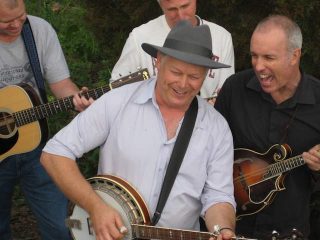 Ian moved to Sydney at age 21 to tour with Slim Dusty. This was his first touring experience as a professional musician. This was another defining period in Ian’s musical career. Ian’s musical relationship with Slim Dusty was significant, it gave him a great deal of experience in the recording, arranging and production of music. Ian played on more than 20 of Slim’s albums and went on to appear in many DVDs and the famed Slim Dusty Movie.

In 1984, Ian was instrumental in forming what was to become one of Australia’s most commercial and popular bluegrass bands, The Flying Emus with John Kane, Genni Kane and Mike Kerin. This band took their version of bluegrass music to the masses winning 6 Gold Guitars at Tamworth, and also achieved an Aria award.

As Ian’s talents were continuing to develop, his musical career extended into the recording and touring scene. He played support to many high-profile Australian Country Music names such as Paul Kelly, Keith Urban, Anne Kirkpatrick, Graeme Connors, and ABC’s nationally recognised Ian ‘Macca’ McNamara from Australia All Over. He was also a member of the famous comedy/bluegrass band Sensitive New Age Cowpersons for most of its ten-year existence. More recently Ian toured and recorded with Paul Kelly’s bluegrass band The Stormwater Boys.

Ian Simpson is best known as one of Australia’s most accomplished banjo players. He won the Australian National Banjo Championships at Tamworth no less than 3 times in 1983, 1986 and 1987. He was also a member of Western Australia’s famed Bluegrass Parkway for 10 years.

Among Ian’s achievements he has also produced recordings for artists such as Tony McKenna and Jane Germain.

Ian now resides back in Western Australia where he performs regularly with Jane Germain. They have won the Best Group or Duo Award at the WA Country Music Awards for 3 years running and in 2010 he and Jane had the honour of performing in the Australia Pavilion at the World Expo in Shanghai China which he found to be an amazing experience.

Ian and ex Flying Emus member John Kane recently recorded an all instrumental CD for the ABC called The Banjo. One of the tracks from this album, Dixie Breakdown, won them a Golden Guitar at the 2011 Tamworth Country Music Festival for Instrumental of the Year.

Ian plays a variety of instruments including the guitar, Dobro, pedal steel and double bass, but admits the banjo is still his passion. Ian has five banjos, but mostly performs with a Gibson RB3 from the early 1990s and uses his Australian made White Swallow Deluxe for most of his recording work. He cites Bobby Thompson, Clarence White, Earl Scruggs, JD Crowe, Sonny Osborne, Django Reinhardt as some of his favourite musicians and those who have influenced his own music.