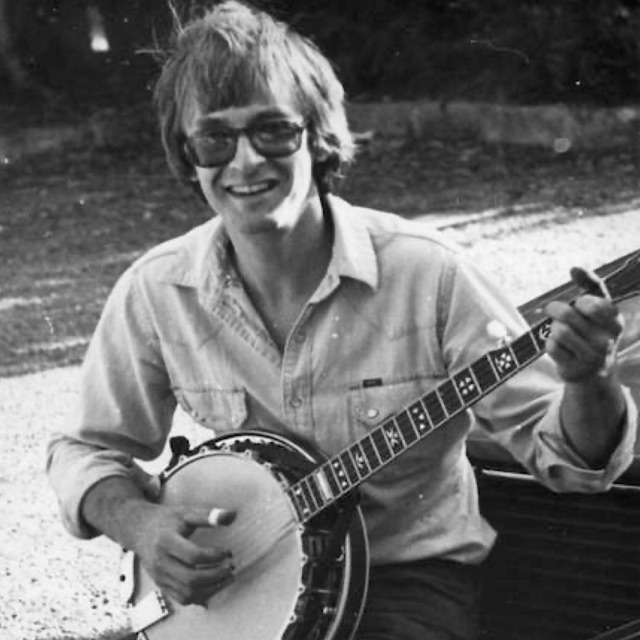 Chris Duffy – aka “Duffles”, or “Digits” Dufaye – has played the banjo for about forty years, with a few episodes of respite along the way, to keep his sanity, and that of others.

He is one of the first generation of Bluegrass banjo players in Australia, along with people like Trevor Warner and the late Peter Hayes. He has spent about half his working life as a full-time musician, and put in a few thousand hours on the road, and in studio work. After launching his early career as a backing musician for Australia’s best known country musicians, he toured in his own right on the Arts Council,folk festival and club circuits. 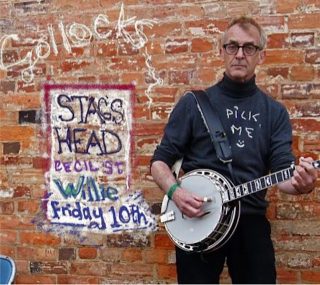 Chris was Australia’s first National Banjo Champion. He also had several years performing in professional musical theatre as a pit musician and stage performer, most notably in the two-year run in Australia of the musical hit “Big River”, as banjoist and guitarist. He has played on many movie sound tracks and written for TV shows. He had five albums released on the Larrikin label under his own name.

In the 1980’s and 90’s he shook up the acoustic music fraternity by bringing artists to Australia and touring them. These artists include Dan Crary, Byron Berline, Vince Gill, Bill Keith and Mark O’ Connor, as well as Blues supremos John Hammond and Charlie Musselwhite.
He loves to play arrangements of fiddle tunes and ragtime pieces. He also cooks up 5 string banjo interpretations of Latin and Classical themes, and has recorded Bach and Mozart pieces. Having said that, Scruggs style is the real McCoy and is at the heart of the playing.

He was forced to relinquish the music career in the mid 1990’s after a serious motorcycle smash – which tells you that he is a petrol-head as well. He now confines himself to 4 wheelers – owning and restoring classic Alfa Romeos. His recovery included intensive study of the Jazz guitar – swing and hard bop ; and has a project transcribing the works of Grant Green now under way. He is developing a new spin on his banjo skills to incorporate modern jazz concepts.
He is releasing a new CD in September 2011, which is intended as a reflection on a long and successful career, as well as coming up with a new take on a few old warhorses. It is intended as a statement of his musical values and his unique brand of offbeat humour.

Chris has developed a one man show that reflects all these interests and incorporates a musical tribute to some of the banjo vaudevillians of the 1930’s and 1950’s. He is engaging with some old friends and associates, including the great Paul Wookey, to play and present quality acoustic music to Australian audiences.

Chris says he owes everything to the fine musicians who have spent time with him and shared their knowledge. In return, he teaches and conducts workshops, and will acts as mentor to younger players on the up and up.

His plans are to just keep on doing more of the same. And he aims to perfect his Italian cooking and barista skills. In his other life as a psychiatric clinical educator he is planning a volunteer capacity-building project in a developing country in collaboration with colleagues.

Chris plays a Crafters of Tennessee Maple Classic 5 banjo. His archtop guitars are a Benedetto Bravo de Luxe and a 1964 Guild X500 through Jazzkat and Tomkat amps. He also plays a 2002 model Martin HD28 Vintage series with forward shifted braces.

Chris Duffy passed away in July 2012 – read the many tributes to Chris’s life here.