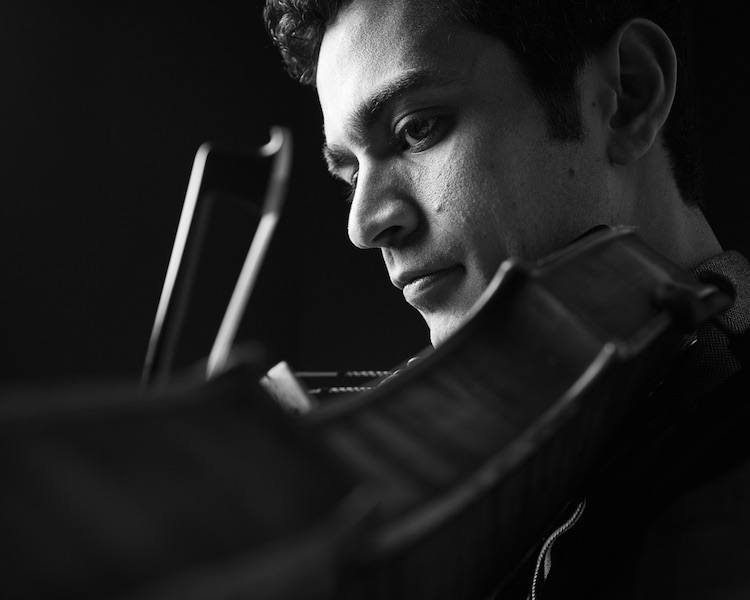 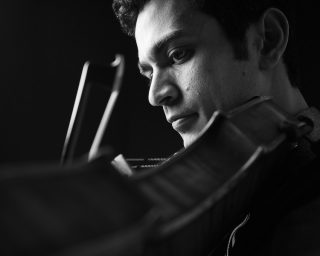 Leading up to next month’s IBMA Awards, it’s fitting that fiddler, Mike Barnett is announcing a recording full of guest appearances, many IBMA winners among them, in the form of his new album, Portraits in Fiddles. According to Barnett, who’s worked steadily as a professional fiddler since his teens, this solo recording is intended as a commemoration of time spent with some of his heavy influences, as well as a challenge for himself.

Each one of these artists has a sound that is totally original and has created the path for them, created opportunities, a body of work, and a life that I’ve really respected. They inspired me to do something similar with my life – Mike Barnett.

Some of the compositions included were chosen to reflect pivotal moments in Barnett’s career. “Bobby Hicks taught me Fiddle Patch. That was one of the first staples in the canon of bluegrass that I learned. It was Bobby who recommended me for the gig with Jesse McReynolds which really started my career”.

Others represent a wish list that turned into the ultimate interactive mix tape. “Some of these are songs I’ve played with these players before in their bands, but others are a dream list of things I always wanted to play with them. “

The album features some lightning fast picking, but possibly the most interesting part is how Barnett harnesses the improvisational spirit into some carefully composed breaks for twin fiddles – a concept that itself was pioneered by another of the album’s featured artists, Buddy Spicher.

Barnett composed a fiddle break for Okeechobee Wind, one of McReynolds’ original songs. “I played this in every set with Jesse and in the official recording there’s some wild fiddle playing on it. I wanted to compose some parts for twin fiddles that capture the spirit of all the different ways it’s gone instead of achieving that through improvisation.”

He also composed breaks for Dixie Hoedown, Bow Wow, Fiddle Patch and Angel’s Waltz, but it’s the twin fiddle maneuvering on Tennessee Waltz that provides one of the album’s highlights. “Buddy has extraordinary skill. He can come up with 4-part harmony for fiddle that’s just incredible. I remember to this day meeting him at a fiddle camp and the harmony that he showed me.”

Another album standout is Fox Chase featuring banjo great, Tony Trischka. “This has always been one of my favourites of Tony’s. He really combines elements of bluegrass and old-time roots in a powerful way. This is such a wonderful cross-over tune that really lends itself to both genres.”

In a sense, the album reflects a moment of coming around full circle for Mike, a Tennessee native who made his way through first the Northeast, in the Boston roots music scene that has spawned so many of the genre’s superstars, and then through Austin and New York City, another hot bed of next generation roots music talent, but now finds himself once again headquartered in Nashville.

“I wanted to create something tangible, like a snapshot of some of the experiences that I’ve been so fortunate to have had in my career so far. It was wonderful to work again with Buddy, who was one of my first mentors.”

Interspersed with commentary from Grisman, Trischka, McReynolds, Hicks, and guitarist, Bryan Sutton,Portraits in Fiddles is a guided tour through the best in bluegrass from the unique perspective of someone who lived it from the inside through most of his life, as well as a conversation with his heroes, who speak for themselves musically and in their own words.

Mike Barnett is a first-class fiddle player and all-around musician. He’s got the chops and knows how to use them, but he also has something to say, and that’s a rare quality in music these days – David “Dawg” Grisman.

Portraits in Fiddles will be released October 13th, 2017 on Compass Records.