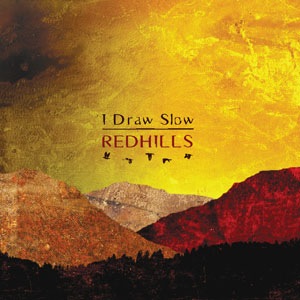 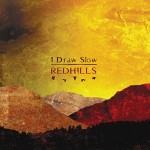 Pinecastle Records has announced that it has signed I Draw Slow. Their upcoming album Redhills will be released on 7th August, 2012.

I Draw Slow is a five piece string band playing original music in the American folk tradition, but with an Irish influence. All five members have played in old-time and bluegrass bands around Ireland, Europe and the US over the last decade. Siblings Dave (guitar) and Louise (vocals) Holden have been writing together for two decades, starting on Dublin, Ireland’s touring circuit with a funk band. An interest in writing new music in the roots tradition inspired the birth of I Draw Slow in 2007. The pair teamed up with Adrian Hart (fiddle), Colin Derham (banjo), and Konrad Liddy (bass) to form I Draw Slow. Altogether they have created a new sound rooted in the old-time style of the Appalachian Mountains, while drawing on Irish traditional music and modern Americana. The band has since written and produced two albums and toured Ireland and Europe. Their first album, Downside, was recorded in a farm kitchen in County Wicklow, Ireland and received critical acclaim in that country in 2008.

I Draw Slow’s latest project and Pinecastle Records debut, Redhills, prominently features the songwriting talents of Dave and Louise Holden. Their artfully crafted melodies support the poetic verse in each song. All but two tracks on the album were written by the pair. Redhills is a whole new songbook of stories and melodies. These are dark tales of debauchery and trouble swinging from the kind of well-crafted melodies that survive. The band and Redhills have been featured on Irish television and reviewed by influential Irish music magazines and blogs. Redhills was released in Ireland in 2011 where it caught the attention of the Irish bluegrass crowd. Pinecastle Records is pleased to be re-releasing the project in the United States.

The band has filmed two music videos featuring tunes from the Redhills album. The video for Goldmine has a cast and crew of dozens, including professional actors and actresses in full costume. The video for Swans was recorded live on a hill in South Dublin in one take with five microphones and is mandatory for anyone interested in the band. Together the videos have over 50,000 views. The band’s YouTube channel www.youtube.com/idrawslow also contains more live performances of the band from TV shows, clubs and festivals.